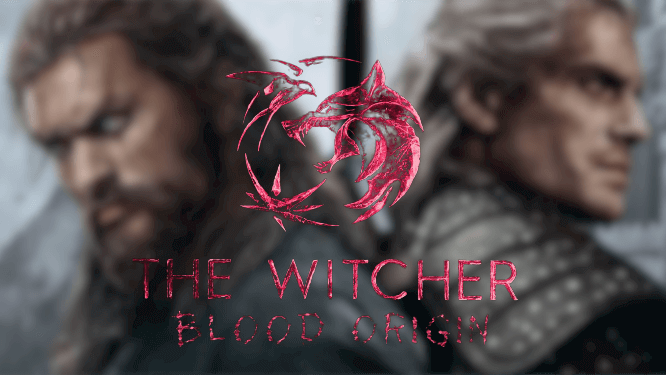 Netflix says 76 million choose to watch ‘The Witcher’. Are you excited for the second season of  “The Witcher”?  The Witcher: Blood Origin is an upcoming fantasy Tv show based on the famous book series The Witcher by Andrej Sapkowski. It is a prequel to the Netflix Series ‘The Witcher’ starring Henry Cavill with more than 10 new cast members.

The Witcher: Blood Origin | When To Be Expected?

The Witcher: Blood Origin takes place about 1200 years before the adventures of the first series ‘The Witcher’. The Witcher season 1 is based on the collections of short stories The Last Wish and Sword of Destiny. The Witcher made its debut on Netflix in December 2019. The series was a major achievement, perhaps being Netflix’s greatest first TV season ever.

The Witcher: Blood Origin – About

According to showrunner Declan De Barra precise “What was the Elven world really like before the cataclysmic arrival of the humans? The story is set in the Elven world 1200 years before the world of  “The Witcher”,  Blood Origin tells a story lost to time and the beginning of the very First Witcher and tell about the events that led to the conjunction of the spheres, when the world of monsters, men, and elves merge to become one.

According to Elvin lore, humans arrived during the conjunction their own world having been destroyed, these human ancestors learn how to harness the power of primordial chaos and thus the first human wizards were born looking for a place in the world. Humans took up arms against the elder race who were unable to withstand the barbarians and ultimately surrendered, this is how humans came to rule the world. So it seems that the story is probably going to be about the elder race the Elves.

@witchernetflix also tweeted about the Blood Origin Cast Michelle Yeoh. Here’s the tweet: “The Witcher: Blood Origin has cast Michelle Yeoh as Scion. The very last of her nomadic tribe of sword-elves, she is an artist with the blade, on a deadly quest that will change the fate of the Continent.”

The Witcher first season was launched on Netflix in December 2019. The series was a major success, perhaps being Netflix’s greatest first TV season ever. The first season is based on the collections of short stories The Last Wish and Sword of Destiny. More than 75 million people watched the show on Netflix in a month. It was Netflix’s best season 1 debut ever. The Witcher can still be a huge streaming hit. The Witcher publisher just had to print 500,000 more books to keep up with demand after the show debuted. Netflix had announced season 2 of the show ahead of season 1 even airing. It got a lot of people interested in the books and games and excited for another season.

The Witcher first season has been rated 8.2 out of 10 on IMDb and got 68% on Rotten Tomatoes. That’s why season 2 has been announced and fans are super excited for this.

The Witcher Blood Origin trailer has been launched a month ago on YouTube by Netflix. A two-minute trailer will fill you with a thrilling experience. The Witcher Blood Origin will be a limited series of six episodes and chronicle the beginning of the very first witcher. The first season of “The Witcher” is already streamlined on Netflix. The first season consisted of eight episodes. The trailer got Seven million views yet.

After being delayed by the COVID-19 Pandemic, The Witcher Blood Origin is set to be released on Netflix on 17th December. After a thrilling trailer, fans are most excited to watch the second season of The Witcher on Netflix. After Stranger Things, it is one of the popular shows on Netflix. So, really we are going to get a lot of lore about elves, about witchers, about everything which is exciting because there is not a lot of info in the books or games about this time. It will be exciting to see something new.

If you are also excited to watch one of the most fantasy series then wait till 17th December and enjoying the latest season of “The Witcher: Blood Origin.