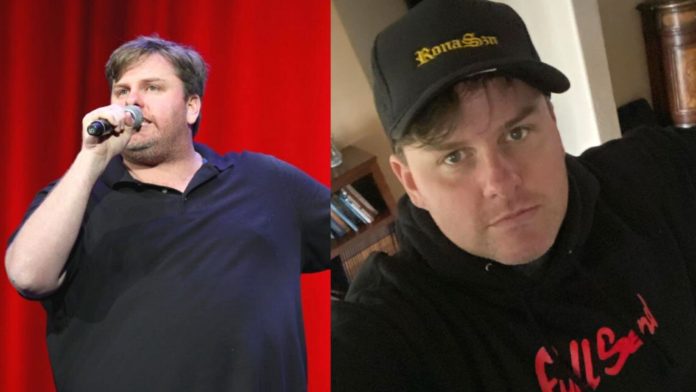 The American comedian Tim Dillon is well known for his Podcast titled The Tim Dillon Show. Tim Dillon got fame as quickly as a flash after the Carolines NY Comedy festival in 2016.

He also appeared in Rolling Stone’s top 10 list of comedians in 2017. After becoming a popular figure in the entertainment industry, many people search about Tim Dillon’s personal life.

There are many rumors and controversies about this American comedian, including his sexuality, drug usage, relationship, and more. People mainly search for his sexuality after the statement of gay that made himself. So, the following sections will explore his sexuality.

“One of them was quitting drinking, one of them was starting standup comedy, and one was coming out of the closet. I had been in the closet until I was 25, which was very late by today’s standards.

By those standards, 2010 was late. So those were three things I did, and all within like a two to three months radius”, Tim Dillon talked to Moontower Comedy News about the realization of his sexuality and other life changes.

Tim Dillon proudly said that he realized he is gay at the age of 25. He was raised by his schizophrenic mother and his life was affected by his mother’s illness and other issues. He was also trapped in drugs.

Then he realized his individuality at the age of 25 during a murder trial. After that, he is proud of his gay sexuality.

Although he is against the idea of marriage and everything, he is not opposed to love. He is not interested in commitment, which is a common thing in love.

Recently he told his opinion of love in an interview with Vulture, “I think if I found love it would harm the person I found it with…That feeling of love will fade, I think. That in itself is interesting. It really speaks to the idea that you need a partner more than a husband or wife.”

Even Tim Dillon opened about his gay sexuality, his dating history is still mysterious. He did not give any hint about his partner and there are no details in the media.

In June, Haruko Ichikawa’s Land Of The Lustrous Manga Returns From A Hiatus

Is the Economy Headed Toward a Recession In 2022? Here’s The Information That You Should Have