Review Of Vampire Academy (Ep 1-2): Sisi Stringer-Daniela Nieves Starrer Has Too Much Going On

Vampire Academy Review (Ep 1-2): Sisi Stringer-Daniela Nieves Starrer Has Too Much To Do

The first four episodes of Peacock’s Vampire Academy have already aired. The series is well launched, but it seems that there is too much going on in the first episodes. The 2022 TV show is based on Richelle Mead’s best-selling books of the same name. The series, which was directed by Julie Plec and Marguerite MacIntyre, will be the second time the book series has been made into a movie. The first time was in 2014, when Zoey Deutch and Lucy Fry starred in a movie of the same name that didn’t do well at the box office. 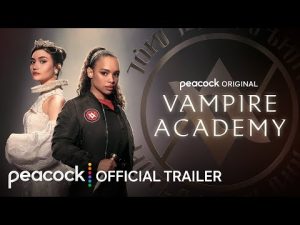 Will this remake of Vampire Academy arrive until 2022?

When the first book in Richelle Mead’s Vampire Academy series came out, it was crazy stuff. The book series was new, interesting and fun to read. When I was a teenager it was just what I needed to escape into a story. The movie adaptation didn’t go so well, and that’s why this highly anticipated series has to carry its own weight. But after the first episode, it looks like it might just pass this time.

In the first episode of Vampire Academy, we meet Rose, a Dhampir who is learning to be a Guardian, and Lissa Dragomir, a Moroi who is Rose’s best friend and comes from a royal family. At the start of the show’s credits, there’s a short description of the world we’re about to enter. Dhampirs are the descendants of a vampire and a mortal human. The Morois are the good vampires who kill to stay alive and are experts in elemental magic, which includes fire, water, air and earth. The Strigoi are the evil vampires who kill, and Dhampir Guardians are usually called upon to protect the Moroi from the Strigoi.

Now that we know that, we can see that Rose and Lissa’s friendship starts out a little differently than in the books and movies. We see how close the two are, what’s unusual about their world, and how a tragedy puts them in difficult and dangerous situations.

Vampire Academy has a new way of telling the story, but the plot remains the same. However, some characters, their goals, and their stories change. The show is a pleasant surprise for people who haven’t read the books, but some storylines are too convoluted for people who have. Sonya Karp, Victor Dashkov and his family, and Tatiana Vogel appearing in the first episodes is too much. Some of the subplots appear to have been altered, and others appear to have been taken from all of Mead’s six books.

Sisi Stringer, Daniela Nieves, André Dae Kim, Jonetta Kaiser and Mia McKenna-Bruce all give very promising performances. But Kieron Moore is too different from Dimitri Belikov to play the part. The 2014 film version of Dimitri, played by Danila Kozlovsky, was more like Dimitri from the books than Moore’s strict but slippery version. Victor Dashkov, played by J. August Richards, is still hard to trust, but the show is trying too hard to endear us. But, should we?

Overall, the first episode of Vampire Academy was good, but it tried to do too much and now it looks like it’s going to fall apart soon. As a reader, I really don’t like the changes from the books, no matter how well they work for the series. Some things really should be left out. But the show could improve over time. Let’s just hope the fast pace, YA flair, and political issues keep us interested.

On Peacock TV, you can now watch the first four episodes of Vampire Academy.

About the Vampire Academy

An American fantasy horror television series called Vampire Academy was created from the books of the same name by Richelle Mead. The film, adapted by Julie Plec and Marguerite MacIntyre, stars Sisi Stringer, Daniela Nieves, Kieron Moore and André Dae Kim. The first episode of the series premiered on Peacock on September 15, 2022.

After the movie of the same name released in 2014, this is the second film adaptation of the book series and acts as a reboot of the series. In May 2021, Peacock gave her the go-ahead to go straight to the show, and throughout 2021 they posted casting remarks for numerous roles. In Spain, the scenes were filmed on location.

The story revolves around Rose Hathaway, a Dhampir guardian-in-training, and Lissa Dragomir, a Moroi princess, and follows their daily lives and adventures at St. Vladimir’s Academy. Rose Hathaway is the star of the series. Princess Lissa Dragomir of the Moroi race.

An option to make a film based on the Vampire Academy books by Richelle Mead was purchased by Preger Entertainment in 2010. Based on the first book in the series, the film was released theatrically in the United States in February 2014 but was not did not do well at the box office. Preger Entertainment launched an Indiegogo campaign in an effort to raise funds for the production of a sequel based on the second book, Frostbite, in response to the negative reviews the film received. The project was later abandoned as its goal was not achieved and the effort ultimately failed.

In March 2015, Julie Plec expressed interest in turning the books into a television series through her Twitter account. In May 2021, Peacock acquired Vampire Academy straight-to-series as part of Plec’s overall deal with Universal Television. The show was created by Plec and Marguerite MacIntyre, and Plec is also set to act as one of the executive producers alongside Emily Cummins and Jillian DeFrehn. Don Murphy, Susan Montford and Deepak Nayar, who are now executive producers of the series, produced the film which was released in 2014.

The characters of Rose Hathaway, Lissa Dragomir, Kieron Moore, Dimitri Belikov and Christian Ozera would be played by Sisi Stringer, Daniela Nieves, André Dae Kim and Daniela Nieves respectively. In August 2021, a casting decision was made. J. August Richards, Jonetta Kaiser and Andrew Liner have been cast to play Victor Dashkov, Sonya Karp and Mason Ashford respectively. Tatiana Vogel and Mia Karp, played by Anita-Joy Uwajeh and Mia McKenna-Bruce respectively, are reimagined versions of new characters Tatiana Ivashkov and Mia Rinaldi. Tatiana Vogel will be represented by Anita-Joy Uwajeh. Mia Karp will be played by Mia McKenna-Bruce. Rhian Blundell will play Meredith, a supporting figure in the books, it was just announced.

The film received a 78% approval rating from critics, with an average rating of 7.3/10, according to review aggregation website Rotten Tomatoes. The work received a rating of 61 out of 100 on the website Metacritic, which uses a weighted average to calculate ratings and denotes “generally positive reviews”. 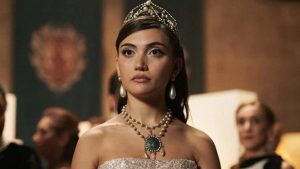