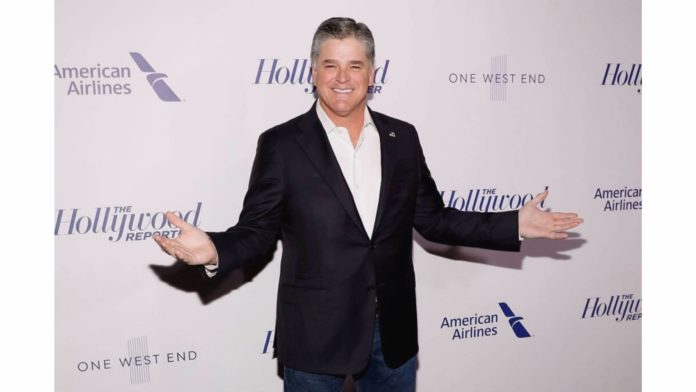 He became popular after hosting a radio show named, The Sean Hannity Show and a commentary program on Fox News, Hannity since 2009.

Sean Hannity has graduated from high school in Uniondale, New York. he dropped his studies at New York University and Adelphi University to pursue his passion and career in broadcasting.

Sean Hannity is the highest-paid host on Fox and earns over $25 million from the network. He is the author of the book “Live Free or Die: America (and the World) on the Brink” which was released in August 2020.

The book also earned a multimillion-dollar in advance for him before its release.

Sean Hannity started his career as a host through his first talk show in 1989 on KCSB FM radio station in Santa Barbara. But he was fired from the radio station and from hosting the talk show because of his controversial statements regarding homosexuals.

Then he joined the AM stations WVNN in Athens, Alabama, and in Atlanta.

The most important turning point in his career and professional life occurred in 1996. Fox News hired Sean Hannity as a co-host for the program named Hannity and Colmes in 1996.

After supporting the Republican nominee Donald J. Trump in the presidential election of 2016, and following Trump’s election as president, Sean Hannity is known as Trump’s Most reliable defender in political commentators on TV.

Since 2019, Sean Hannity has been dating a well-known and popular personality at Fox News, Ainsley Earhardt after his marriage relationship with Jill Rhodes came to an end.

Ainsley Earhardt has been in a marital relationship for the past two times. Ainsley married Kevin McKinney in 2005 and got separated in 2010. Then in 2012, she married Will Proctor and got divorced in 2019.

Ainsley Earhardt is a journalist and got her degree in 1999 from the University of South Carolina. She received the best personality award of the year from Columbia Metropolitan Magazine.

She also worked as a reporter at a local station in Columbia, in 2005 she joined KENS-TV in Texas, and in 2007 she became a part of Fox News by hosting Fox and Friends.

In 2020 Sean Hannity and Ainsley Earhardt made their relationship public. She has co-authored two children’s books for her daughter, Hayden, and quotes, “I wrote Take Heart, My Child when I was pregnant with Hayden and then Through Your Eyes after she was born.

They were inspired by my own childhood teachings, which I wanted to pass on to my daughter and children all over the world. They are filled with messages of love, hope, and forgiveness”.