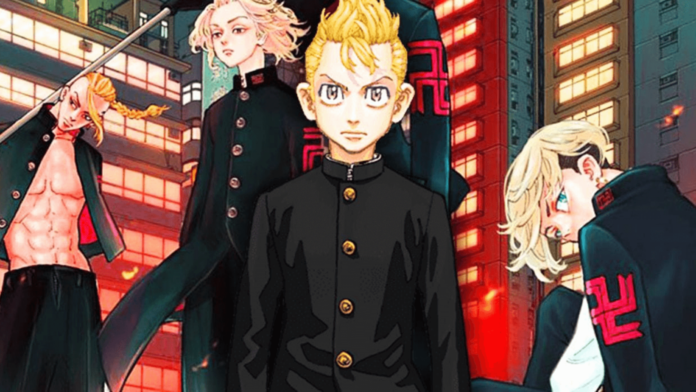 The dilutional world of Ken Wakui’s manga Tokyo Revengers never fails to amaze us no matter how old we grow. The new mega-series has taken the Shonen anime to another level, where we got to revisit the characters with new excitement as the story unfolds.

In this 2021 mega-series directed by Masato Tamagawa and others, animation and VA are absolutely spot on.

The first episodes have made the audiences hooked to it. They are eagerly looking forward to the next episodes. Season 1 has twenty-five episodes in total, among which the recently launched episode 20 Dead or Alive has received a huge acclamation by audiences as well as various film review platforms.

Now, let’s check out some exciting facts about episode 20 of the Tokyo Revengers animation mega-series.

Produced by Kodansha, Liden Films, Pony Canyon, and Ultra Super Pictures, this mega series keeps you on your toes. The first two episodes received instant acclamation from Manga readers and anime lovers as soon as they were released.

Based on the viewer’s reviews, these episodes left their expectations high for the next ones. The latest one, episode 20, got released on the 21st of August 2021 and created a similar impact, where the audiences witnessed a great battle between Toman and Valhalla. Manga readers who have already read this episode also couldn’t help getting goosebumps.

Authored and illustrated by Ken Wakui, Tokyo Revengers first appeared as a Manga in Weekly Shōnen Magazine on 1st March 2017. In case you have a seldom idea what Manga is, let us explain. It is basically an iconic style of Japanese comic books and graphic novels. Manga aims at both adults and children alike who are keen on exploring the fun and exciting world of comic stories. This comic got published by Kodansha, which is the largest publishing company in Japan.

The demographic of this comic is done by Shōnen, a phenomenal name among comic readers across the globe. High action and humorous plots are some typical characteristics of a Shonen Manga. Tokyo Revengers perfectly suits the genre.

According to the latest statistic, this Manga has exceeded 32 million copies in circulation by 2021. It managed to sell 7 million copies Just in a single month (June 2021). Followers might know that the official Twitter account also shared the same news. However, it includes both physical and digital editions of the Manga. That’s not all! The Manga has already bagged the 44th Kodansha Manga Award for the Shōnen category in 2020. The popularity and success continue to grow further, and we will surely look forward to it.

Since its publication in March 2017, Tokyo Revengers has been adapted twice as an animated TV series and a live-action film. The action-thriller film directed by Tsutomu Hanabusa got released in Japan in July 2021. The plot of the film starring Tsutomu Hanabusa as the protagonist has been penned by Izumi Takahashi. Yutaka Yamada has composed the music of this 120 minutes film.

The anime television series is so far the most celebrated adaptation of Tokyo Revengers. It first appeared on July 9, 2021, across multiple television channels and OTT platforms. Koichi Hatsumi has directed this series, which has been plotted by Yasuyuki Mutō. The music composer of the series is Hiroaki Tsutsumi. The casting team includes Griffin Puatu, Yu Hayashi, Yuuki Shin, Tatsuhisa Suzuki, and Azumi Waki among others. It has twenty-five episodes in total. The 20th episode Dead or Alive launched on the 21st August 2021 is the latest one.

Tokyo Revengers revolves around the life of Takemichi Hanagaki, who travels to the past to save Hinata Tachibana, his high school ex-girlfriend. To stop Tokyo Manji Gang from murdering Hinata, he takes the help of Naoto Tachibana, a significant character in the story. Will Takemichi be able to take over Tokyo Manji Gang and save all of his loved ones? Well, the suspense still prevails.

The anime TV series tactfully follows the original story. The plot has been tweaked a little to make it more appealing to the audience. In the first episode, Reborn introduces the audience to Hanagaki Takemichi, the protagonist of the series. He is a part-time professional, who suddenly gets pushed off the station platform onto the railroad tracks. Magically, right after the incident, he awakens in the train with his old school buddies. He realizes that he is reliving his life from 12 years ago.

The second episode Resist is all about making a plan to save Hinata, Takemichi’s classmate and girlfriend from the Tokyo Manji Gang. In the third episode, Takemichi confronts his past to a member of this gang.

The fourth episode Return narrates the happy times Takemichi spent with Hinata during their middle school days. It has some beautiful transitions of past and present. The fifth, sixth, and seventh episodes Releap, Regret, and Revive show the internal conflicts of the characters while the eighth, ninth, and tenth episodes Rechange, Revolt, and Reprise put it into action.

This is how the storyline proceeds to the next episodes until episode nineteen Turn Around, where the battle between Toman and Valhalla reaches its peak. In episode 20, the battle continues further towards the outcome. This spine thrilling episode is becoming the most favorite of the Tokyo Revengers lovers.

The series is being featured in multiple television channels across the globe such as MBS, TV Tokyo, TV Aichi, TVs, TVQ, BS Asahi, AT-X, TSK, QAB, and RKK. You can also watch it online on Crunchyroll (the US) and Muse Communication (South and Southeast Asia). The last five episodes are yet to launch on these platforms.

Tokyo Avengers is a must-watch action-thriller anime series for all those viewers, who are always in search of new sci-fi anime series. Whether you have read the Manga before or not, this anime series will let you explore the daydream-like world of Takemichi and friends.