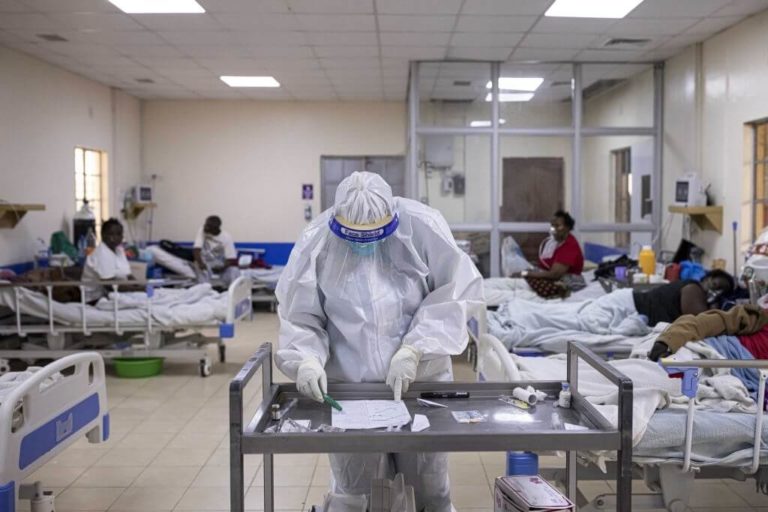 A sudden rise in the new Delta variant on the Oregon-California border, squeezing the limitation of the hospitalization limits.

As explained on Tuesday in August by the medical director of the intensive care unit of the hospital, Dr. Michael Blumhardt that the hospitals have witnessed two deaths that day. The attack of the delta variant in this region was a great blow to the healthcare unit and the people are facing a very difficult time dealing with the conditions.

Records have also revealed that unlike the alpha variant of COVID, the delta variant is spreading more among people in their 20’s, 30’s 40s, and 50’s.

Dr. Blumhardt further explained the grim situation that the hospitals are flooded with clusters of families in order to get admitted. One father and his adult daughter were admitted to the intensive care unit but could not survive even after putting the daughter on life support.

The reports on vaccination rates clarify that more than half of the population of both the regions of Oregon and California were vaccinated. But looking at the close picture one would find that there were large differences between the different parts of countries. Around two-thirds of the population was completely vaccinated in the big cities like Portland but the percentage of the vaccinated population in the rural countries was nowhere close to the average. The biggest example of this situation was Jackson Country, located in Oregon, at the border of California, which had the largest population of unvaccinated people. And this was overburdening the hospitals.

Apart from blaming the untimely blow of the COVID wave, doctors are also blaming the population of this region for their rejection of the vaccines.

Dr. Blumhardt claims that this variant has attacked this region causing severe effects than the earlier variants.

From the record of Chelsa Orr, a registered nurse at the ICU of Asante, it is known that they are working day and night to provide ICU patients with the utmost care, just to make them survive the situation.

She further talked about the innumerable loss of lives that is brought by this variant. They are working harder than ever to serve the patients, but the situation seems to be out of hand.

Another ICU nurse for more than 10 years, Justin McCoy also explained that in so many years of service they have never witnessed such a difficult situation. It is very difficult for them to witness patients’ every day who are not able to breathe properly.

Dr. Blumhardt clarifies that the majority of the infected population this time is the people who are unvaccinated. He also stated that the ratio of admission to hospital between unvaccinated and vaccinated people is nine is too on, which clearly shows that the vaccine is saving people from hospitalization.

Jackson Country is on the top of the infected countries with COVID. As per the report of Oregon Health & Sciences University, by Labor Day, the state is about to face a shortage of 00to 5000 staffed hospital beds with the current rate of spread.

Patients from the smaller hospitals with lesser arrangements are continuously being shifted to Asante, but dealing with the lack of beds, Asante had to deny almost 200 patients.

Reports from emergency room physician, Dr. Courtney Wilson explain that other surgeries in Asante have already been postponed taking care of the COVID infected patients, but the staff is exhausted.

He further explains that the doctors are exhausted and frustrated because this situation could be avoided if the vaccines were taken off time which was adequately available. The low rate of vaccinations is the reason behind the difficulties they are facing.

Kate Brown from the Oregon Democratic Gov. is known to send National Guard troops to crowded places with patients to assist with medical help. This includes around 150 soldiers sent to southern Oregon. The medical professions of Asante and other hospitals have requested the troops to set up a 300-bed field hospital to deal with the urgency.

Dr. Blumhardt is desperately trying to put together the heads of all the organizations to make all the necessary arrangements and save everybody from this crisis but that seems very unlikely to happen.

However, a positive response is received from the people of Jackson Country where the rate of new vaccinations is increasing to double that of Portland. But to catch up with the situation nearly a thousand people need to be vaccinated every day.