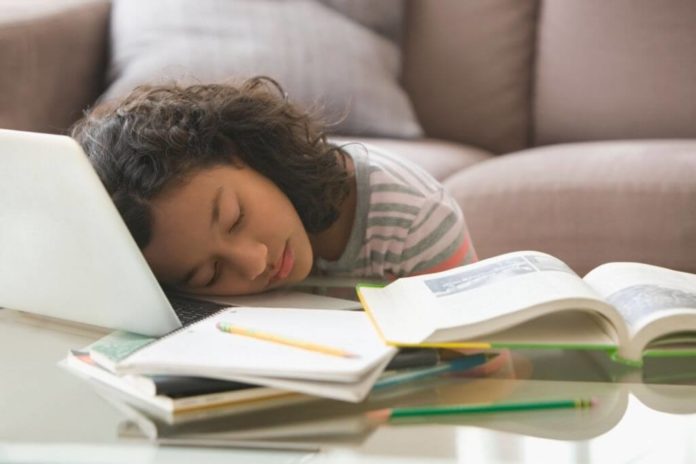 Some of the indicators that your kid isn’t getting enough good sleep are visible such as irritability. Some of the consequences, though, are more subtle. A big groundbreaking study from Boston Children’s Hospital has discovered that getting too little or poor-quality sleep can impede the brain from forming strong, efficient connections.

Inadequate Sleep Is Harmful To The Brains Of Preteens

Those who don’t get enough sleep may have to suffer from mental as well as physical development. The neurons in the brain cannot get enough time to have desired development which can affect the development of an individual.

In teens, the brain is still in the development phase, and that is why they need to have enough sleep that can offer desired rest to the neurons and also lead to better and expected development in this phase.

“Early adolescence is a critical time in brain development”, explains Caterina Stamoulis. “Preteens’ brain circuits are rapidly maturing, particularly those supporting higher-level thought processes like decision-making problem-solving and the ability to process and integrate information from the outside world. We show that inadequate sleep could have enormous implications for cognitive and mental health for individual children and at the population level.”

“The network abnormalities we identified can potentially lead to deficits in multiple cognitive processes including attention reward emotional regulation memory and the ability to plan coordinate, and control actions and behaviors,” said Stamoulis.

The researchers looked at different brain networks that play important roles in cognitive function using mathematical approaches. These network features represent how well the brain processes information and how resistant its circuitry is to stressors like bad luck.

When the researchers compared the brain data to the sleep data, they discovered that preteens who got fewer than the recommended hours of sleep took longer to fall asleep, woke up frequently throughout the night and had disordered breathing during sleep had brain networks that were less efficient less able to adapt and rewire and less resilient to stress.

Sleep deprivation has been shown to alter mood, creating irritation and heightened emotional responses in most people. For teens who are adjusting to increasing freedom, responsibility and new social contacts, the consequences can be considerably more severe over time.

Sleep is good for the brain because it improves concentration, memory and analytical thinking. It sharpens thinking, allowing you to recognize the most significant information and consolidate your learning.

Sleep also promotes broad thinking, which might help you be more creative. Sleep is vital for teens whether they’re studying for a test learning an instrument, or developing job skills