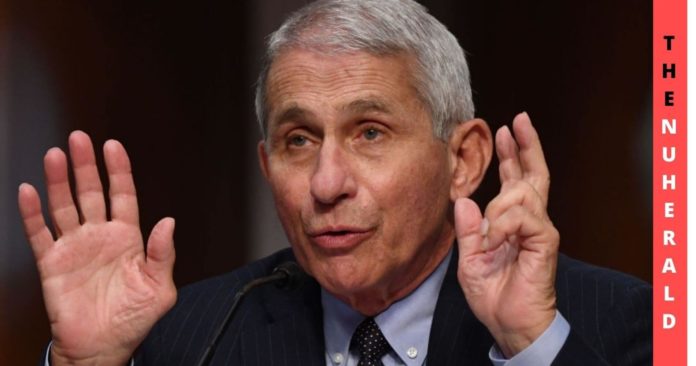 Dr.Fauci Issued A Warning Statement On Rising Omicron In The US

The Health experts in the country have been urging people to remain vigilant and take the necessary precautions as the situation will get worse in the upcoming days and the United States might witness around 2 million cases per day and overall 140 million cases of both omicron and delta variants in the next two months.

Dr. Anthony Fauci, the Chief medical adviser of the US Federal Government has issued a warning to the entire population in the United States that COVID cases are likely to rise in the future as the Omicron strain hammers the entire nation.

According to his latest statements, he has suggested people stay at home and try not to travel unless they’re fully vaccinated and also received the booster shot.  As per his analysis, he has stated that the situation will worsen not only for the United States but for all countries around the world. Although according to the US CDC the peak will remain for a shorter time span by quoting the example from South Africa.

When compared to the Delta variant, the Omicron variant has resulted in fewer hospitalizations which might go as high as 20-25 percent against the delta hospital admissions which stood at 45 percent.

The Omicron, which took over the delta variant as a dominant strain in the United States now has the hold over more than 75 percent of cases in the US in just the last 10 days. While the Omicron variant is highly transmissible the initial studies have shown that it is less severe in terms of hospitalization and death.

In the United States, the Omicron variant is spreading faster than any other COVID variant stated by medical experts and the current tally states the correct results. The previous week’s average daily cases were 151,000 and the current seven days average is coming out to be 250,000 and on Tuesday the daily cases recorded in the US were 265,000.

The Omicron is causing a vertical case rise in the majority of US cities, with a number of cases doubling every two to three days. In some states, the positivity rate is also increasing very fast. It is also expected that the United States will have one million cases per day by the end of the year if people do not take preventive measures to keep themselves safe and secured by not traveling unnecessarily and not visiting large gatherings where most people are unvaccinated.