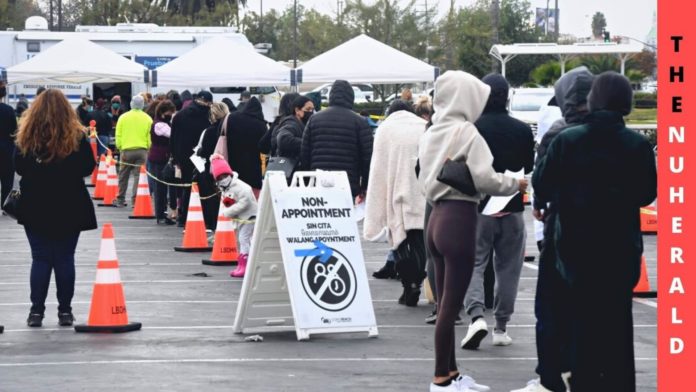 The United States has been seeing the worst phase of covid 19 pandemic in the country and the rate at which cases are increasing has been giving sleepless nights to the medical agencies in the USA.

Citizens Under Stress With A Rising Record Number Of Cases

The situations in the US are quite alarming and the number of admissions taking place in hospitals every day is getting higher with every passing day. Soon, the country might hit a peak that is definitely not good news for everyone.

As per the resorts, this situation is putting too much pressure on the healthcare system which is eventually leading to staff and medical supplies shortages. Also, the healthcare workers become vulnerable to infection and have to work hard to make sure nothing goes wrong.

Many states including, Florida, California, Texas are complaining about the shortage of medical supplies in the states and this has been creating a lot of mess in providing the right treatment to the infected patients.

The number of hospital admissions has increased this week and has surpassed the limit of the last few weeks and the hospitalization rate is increasing by more than 35 percent. Earlier, it was the Delta variant that caused a spike in the hospital admissions but now the omicron variant is leading to increased infections, although the death rate is under control and yet to break the previous year’s record during the fall wave.

Being a highly contagious strain of the covid 19 virus, the citizens need to be more cautious against it. The administration is continuously urging the people to get vaccinated as soon as possible and make themselves safer against it.

According to the reports it has been found that the booster shots offer an extra layer of protection and also reduce the chances of hospitalization and death rates. It allows the immune system to fight effectively against the omicron subtype of coronavirus.

Now citizens aged 12 years and above are now also eligible for receiving the booster dose. Those who have completed their primary series of vaccines can receive their booster after 5 months of completion.

The Omicron variant might be less in terms of severity but holds many contagious powers that are leading to its fast spread in the United States. Further, if the cases keep on increasing, it will become difficult for hospitals to accommodate the infected patients.

It has been reported that in some major states and counties the beds and staff may run out, which will lead to major issues and this might lead to an increased number of deaths. At present, the COVID testing is on rising but there are still some parts of the country that do not witness the testing facilities to their best and have reported a shortage of covid 19 testing kits even after President Joe Biden promised half a billion testing kits for free.