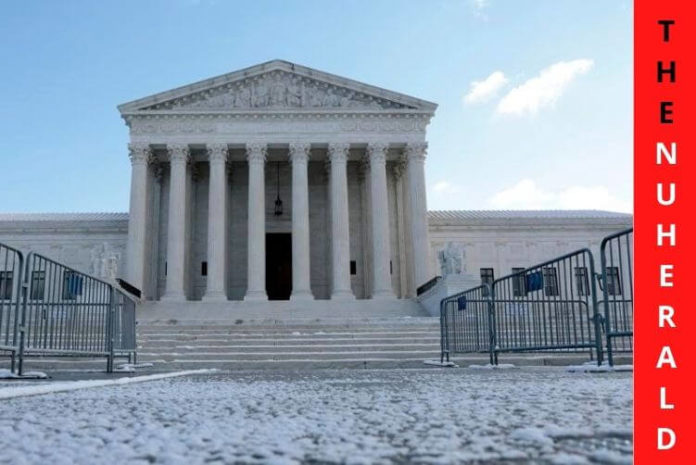 The vaccine mandate rule has been taking new twists and turns every day. President Joe Biden claimed while announcing the rule in the month of September 2021, that our major motive is to enhance the vaccination rate in the country, and for this whatever steps we need will be taken by the administration.

This was the major step taken by the Central Government and hailed by many healthcare specialists in the country. But some State political leaders didn’t like the idea the Federal Government had to face serious backlash.

Earlier in the month of August 2021, the Federal government announced a vaccine mandate rule for the military personnel and directed the Pentagon to start the drive, and by the end of the year, the government was able to fully vaccinate at least 94 percent of the army personnel.

Looking at the surge during the fall, The White House administration further expanded the rule and announced the decision to compulsory vaccination healthcare workers, federal employees, and private employees.

Last week after the hearing against the lawsuit filed by the state governments and private employers, the Supreme court again sacked the vaccine and mandate rule for the large corporate houses with 100 or more employees stating it is against the rights of the citizens and states.

According to some legal experts, the companies were forced to implement these strategies made by the government which acts against federalism.

As per the news after again halting the vaccine rule, GE or General Electric with more than 170,000 employees has announced that the company won’t be implementing the vaccine and testing mandate rule made by the Central government.

The officials stated that the Supreme Court sacked the decisions of the Government and they won’t be following the mandate. GE is not the first company to announce such moves, earlier many big private players raised their voices and announced to boycott the vaccine mandate rule and did not implement it.

Although the officials from General Electric have claimed that we are continuously motivating our employees to receive the vaccination and protect themselves and colleagues from the new variant of covid 19.

We also need a safer working environment but won’t be following the rule as it has been blocked by the Supreme court itself and it also depends on the employees when they prefer to get vaccinated and receive the booster shots.

Some labor groups are asking the government to safeguard the employees and come up with new policies.

Also, the medical experts are considering this move very immature as the country is moving towards a tough phase where the daily cases will rise above 1.5 million per day and the seven days average cases are more than 800,000. The current situation demands all the employers and big leaders to stand together and leave behind the political indifferences and look forward to the protection and safety of the citizens in the United States.