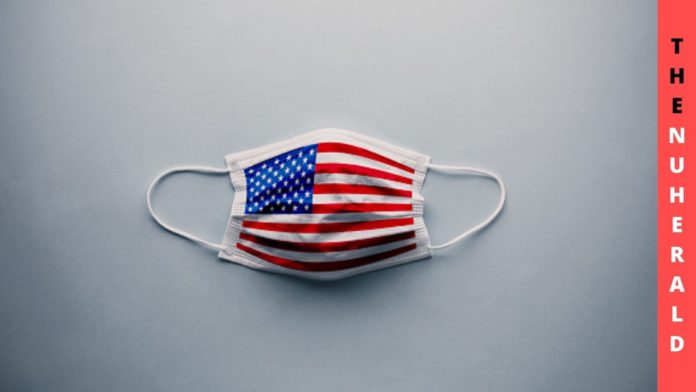 Since the pandemic has started, the country has been dealing a lot with hospitals and deaths. The strains of the original virus keep on coming up and have affected people greatly in the United States.

The US Breaking All Death Records In The World, Toll Reaches 900,000

As the new omicron variant developed, people too became more aware of their health and started taking more precautionary measures to prevent themselves from the infection.

Although the reinfection rate was high and especially amongst the unvaccinated. As per the reports mostly people without vaccination have died in more numbers as compared to the fully vaccinated with booster shots.

The mortality rate in the country is at an all-time high when compared to the previous winter’s peak and the delta version’s peak time. The seven-day daily average rises to 2400 cases which is actually decreasing now and the new record is at 2300 fatalities per day in the US.

Some states where the vaccination rate is very low have been witnessing the highest rate of death which is increasing the tension of the medical agencies and government.

Also, a new subvariant of omicron known as BA.2 has started to emerge in America and might hold greater contagious powers than the actual variant. Throughout the pandemic, a lot of people suffered and even lost their lives.

According to the statistics that came out through the US Centers for Disease Control and Prevention, the US death polls reached 900,000 on 5 Feb 2022.

Although some of the medical experts in the country are claiming that the death rate is filtered and the CDC has manipulated the data and showing less rate than the original. The experts claim that the data is 57 percent less than shown on the papers by the agency.

The pandemic has had a devastating effect on the nation and people. Had it been told earlier that so many people are going to lose their lives, no one would have believed it.

The country has been running a lot of vaccination drives continuously but still, not everyone was able to prevent themselves from the infection.

Though the process was sometimes filled with misinformation and political and legal strife still the White House Administration has tried to reach everyone with corrections, knowledge, and information. The communication methods were worked upon and efforts were made to reach out to people.

The mortality rate has been an issue with the US Federal Government and Public Health Department. If people will refrain from getting vaccinated and on the other hand, the Supreme court also put on halt the vaccine mandate rule which will lead to more hospital admissions and deaths in the country.

Right now,  the government is urging all the citizens to get themselves vaccinated at the earliest and also receive booster shots to increase their immunity levels and fight against the covid 19 virus.

With the coming of the delta variant and now the omicron variant, it has really become difficult for people to hold themselves and stay patient.