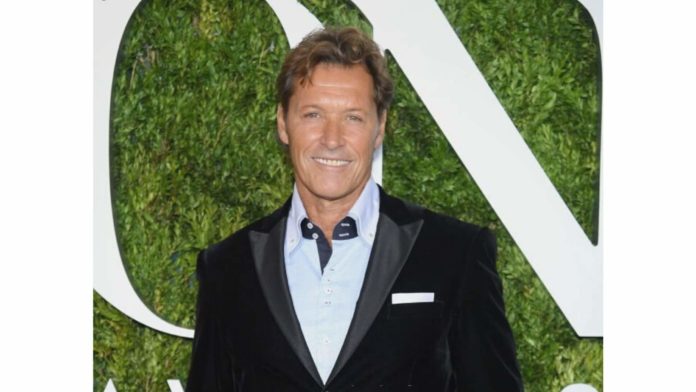 Sarah Palin, the former vice presidential and Alaska governor has photographed with Former NHL player and hockey coach Ron Duguay. As per many reports, she is dating former NY Rangers legend Ron Duguay, 64. The pair was spotted by the photographers just two days after she tested positive for Covid-19.

There are many mixed reports about the incidents and if you are eagerly waiting to know the truth behind the incident, the following lines will help you.

Ron Duguay is a former National Hockey Player(NHL) who recently gained popularity as the boyfriend of the former governor of Alaska, Sarah Palin. He is a Canadian ice hockey player and coach who participated in 12 NHL seasons from 1977 to 1989.

Sarah Palin and Ron Duguay were photographed by a photographer on New York City’s Upper East Side while dining out together. It was reported on Wednesday, just two days after Sarah Palin tested positive for Covid-19. Now, all media attention is on this report of former vice presidential and Alaska governor Sarah Palin.

Sarah Palin has been divorced from her husband Todd Palin since 2020. They were married in 1988 and they put an end to the relationship after 32 years of life. They shared five children including Dancing with the Stars fame Bristol. However, Sarah’s dating with Duguay has been discussed by most of the media.

A source told Page Six, “Palin and Duguay have been involved since late last year” while the People Magazine reported that two of them are ‘just friends’ who ‘met through hockey’, as per a source.

Canadian former professional ice hockey player and coach Ron Duguay was born on July 6, 1957, in Sudbury, Ontario, Canada. Ron Duguay is 64 years old as of 2022. There are not many details about his personal life and education. However, it is clear that he has been interested in sports since his childhood. He played junior hockey for his native land Sudbury Wolves of the Ontario Hockey League. His zodiac sign is cancer.

Ron Duguay started his career as a junior hockey player for his homeland and developed his passion for hockey as his profession. As a junior hockey player, he scored 134 points in the 1975-76 OMJHL season which helped his team to win the Hamilton Spectator Trophy. He was selected into the national junior team for the 1977 World Junior Ice Hockey Championship.

Duguay’s professional hockey career began from 1977 to 1999. In this period, he played 12 seasons in the National Hockey League and also served as a minor league coach for four seasons. He played for New York Rangers, Detroit Red Wings, Pittsburgh Penguins, Los Angeles Kings, and Mannheim ERC. He also appeared as an in-studio analyst during MSG Network’s coverage.

Ron Duguay stands at a height of six feet 2 inches and weighs 85 kg. He has a strong and fit body that is mandatory for a hockey player and coach.

Ron Duguay’s personal matters were not revealed anywhere and he is a person who leads his life very privately. Recently, a photographer shared his dining out photo with the former governor Sarah Palin. Many media outlets reported that Ron Duguay and Sarah Palin are dating.

As per the record, Ron Duguay has a net worth of $1.5 Million. He is considered one of the richest hockey players and he earns completely from his hockey career.

Sam Neil Auditioned For The Iconic Role Of James Bond!!