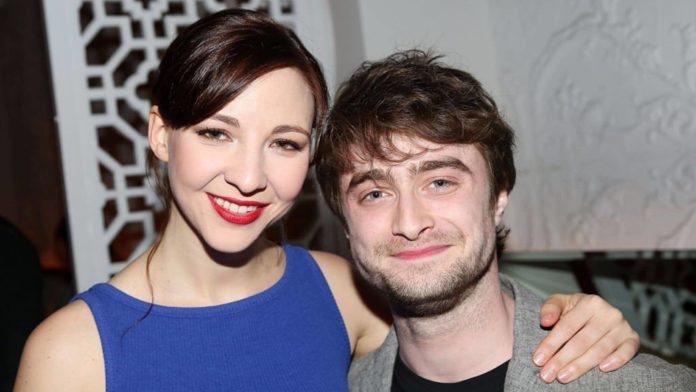 On the March 17 appearance of the Harry Potter alum on Today With Hoda and Jenna, passes a rather unusual comment on his bond with his former co-star and girlfriend Erin Darke.

It’s been almost a decade and still growing. “You have been in love for a while. Are you happy?” asks Jenna to Daniel. The couple has been dating since 2012. At the 2014 Tony Awards, both actors made their first appearance together revealing their relationship to the media. The actress had kept the relationship low-key for almost 2 years but later on, it was opened up by Daniel in an interview.

“Yeah! I mean, me and Erin have been together for 10 years now, I think,” Daniel replied with a laugh as if he was confused about why the question had been asked everywhere. It is still going strong. The couple has been together for a decade now and that’s a big thing.

“You never know. You gotta ask” says co-host Maria Shriver in the background.

“Imagine if this was the place where I said no and thank you for bringing that up,” Daniel said.

Both Hoda and co-star Maria hilariously asked again “Are you happy! And sometimes, You will never know,”

The adventure/comedy is a star-studded entertainer pack that casts Daniel Radcliffe alongside Channing Tatum, Sandra Bullock, and Brad Pitt. A glimpse of the story can be illustrated as – Adventure novelist Loretta Sage writes about exotic places in her novels. Sage’s new novel features a dashing model named Alan and during her novel’s promotion, Loretta gets kidnapped in the middle of the tour.

The kidnapper turns out to be a billionaire who is in search of an ancient city’s lost treasure. The eccentric billionaire hopes Loretta could lead him to the treasure he was looking for. To prove he’s a real-life hero the determined model sets off on a journey to rescue the novelist and the adventure that follows sets the plot of the star-packed entertainer.