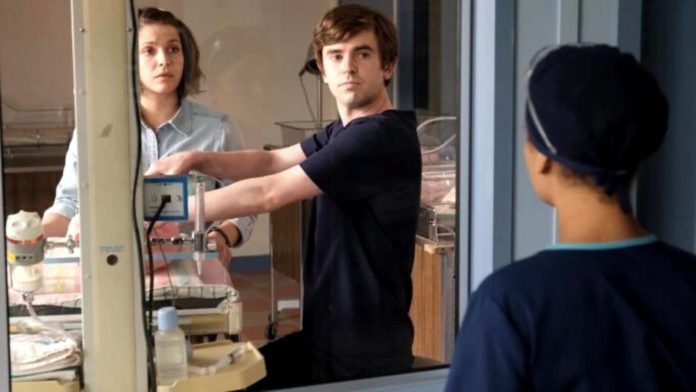 When virtually everyone swallows a psychedelic substance by mistake in The Good Doctor Season 5 Episode 14, the physicians are changed into patients.

Shaun’s pickiness aided him while he was sober. With the majority of the crew out of commission, there weren’t enough others to balance him out. It’s no surprise that he and Glassman had a squabble!

Asher’s sweet potatoes were poisoned because he used Nurse Jerome’s magic mushrooms instead of cilantro. Even if it was an accident, I’d expect there to be repercussions. But if it helps Andrews mend his connection with Lim, he might not mind.

Dr. Lim notices a rattlesnake come from the patient’s legs during surgery on The Good Doctor Season 5 Episode 14 and tells her colleagues. But there was no snake. While dining at the business picnic, the hospital personnel were given a psychedelic.

The hospital was a grotesque asylum. In the middle of the chaos, doctors and nurses needed to be treated, resulting in a staff shortage. Doctors Lim, Park, Wolke, and even Lea were among those afflicted. Who, what, and why poisoned them?

Shaun’s mentor, Dr. Glassman, and he had a falling out because he disagreed with his medical philosophy. On the other hand, Glassman ejected him from the surgery, which he found upsetting. Will Shaun learn to control his emotions when he disagrees with the medication?

By accident, Asher used crushed-up mushrooms. Because the mushrooms were causing the symptoms, Lea was accurate in labeling it psychedelic.

After determining what was causing the symptoms, they were able to treat it. Other events, however, transpired before a solution could be devised. Lim and Andrews were finally able to express themselves.

They insulted each other. He was accused of overdressing to show off how hard he worked out, and he was dubbed a “multifaceted maverick.” They both said horrible things until they started saying nice things.

The two reached an agreement. They were now amicable, if not buddies. Shaun and Glassman worked together during surgery to overcome their disagreements, and Glassman even let Shaun take the lead in saving a man’s life.

The operation was supervised by Morgan. But after she was finished, she spoke to her partner. Alex was one of those who had been drugged. He grumbled that he didn’t want to place his recliner in the den in his drunken condition, and he intended to keep it in the living room.

Alex hadn’t had the nerve to tell her that before he was drugged by the sweet potatoes, but he was pleased he did, and Morgan received his warning that it was either the living room or bust.

As everyone was coming down from their high, Asher inquired of Jerome why he wasn’t being introduced to Jerome’s frat pals. At first, Asher thought that his partner was very embarrassed by him.

Jerome, on the other hand, felt embarrassed about himself. He was not the same as the rest of the frat boys. He didn’t want Asher to view him in that light, and it wasn’t until he found out it was hurting Asher that he encouraged him to hang out with his buddies.