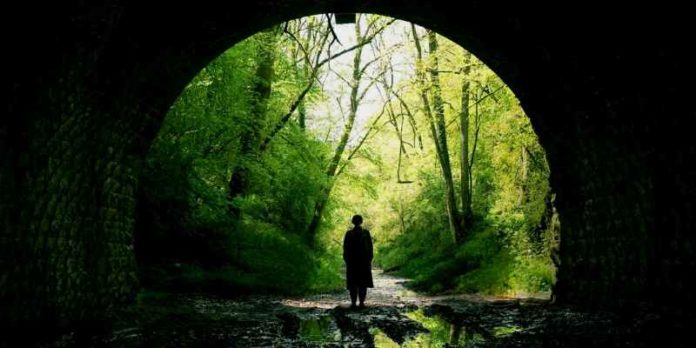 Alex Garland discusses how Attack on Titan influenced his horror film Men. While Alex Garland’s previous two films, Ex Machina and Annihilation, may be regarded as incredibly intellectual sci-fi, his current effort, Men, is much more of a horror picture. What is so unmistakably terrible about it is intentionally difficult to pinpoint.

“I was attempting to build a film about a sensation of fear,” Garland said after a press screening of the film last month. “A horror film about the feeling of fear was basically what was going through my mind.”

How The Japanese Series Attack On Titan Influenced Alex Garland

Following a horrific incident, a woman named Harper (Jessie Buckley) leases a cottage in the English countryside. The guys that reside in the town, all played by Rory Kinnear, are evil forces. Men have a feeling of fear, but it also contains more particular sorts of horror, such as gendered horror, psychological horror, and a jaw-dropping swerve into physical horror.

Nonetheless, Garland is correct when he characterizes the general feeling as an ill-defined and unnerving vague sense of fear. Something isn’t right here. The fact that neither Harper nor the viewer understands what it is just added to our fear.

Men, in Garland’s opinion, is not a normal horror film. Most horror films follow a similar plot structure. They begin in what appears to be the normal real world before encountering something strange. From then, there’s an increasing sense of peril, which Garland describes as “typically illustrated by killing people.” Assume it’s one by one; thus, a group of seven will become a group of two by the end of the movie.”

“And as the film progresses, the evil manifestation becomes progressively strong until, at the very end of the film, when it is at its most threatening and the hero is at their most disempowered, the hero does something great and destroys it,” he concluded. “The structure resembles an ascending graph with a sudden plunge.” And this film inverts it slightly.”

Garland told SYFY WIRE and other members of the press a few days after the screening that he wasn’t intentionally attempting to evoke any famous touchstones of the horror genre in Men.

However, he admitted that films like the folk-horror classic The Wicker Man or a film about a much less-posh visit to a house in the woods, Evil Dead, had certainly influenced him on some level. Aside from those indirect influences, Garland attempted to create an original type of horror film that paid no tribute to what had come before.

Without giving anything away, it’s safe to say that Men does not finish in the way anybody would expect. There is obviously an escalation, and it’s one of the few portions of the film where Garland admits to being directly influenced by anything else. The film concludes with an incredible piece of body horror, which was initially characterized in the script as “mutations” until Garland observed something that pushed him to go far further.

Men plainly explore the dread of sexism in addition to the anime-inspired depths of bodily horror. It does not, however, reach any definitive findings.