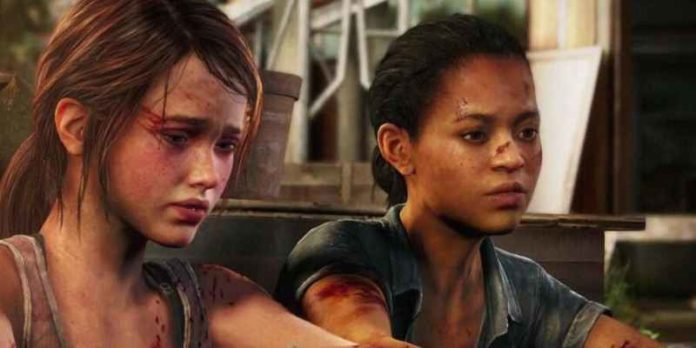 According to a recent report, The Last of Us TV series on HBO will feature flashbacks that aren’t present within the first game and focus on Ellie’s mother. It is believed that the Last of Us is being adapted by HBO and features series creator Neil Druckmann and Chernobyl creator Craig Mazin in the lead. The Last of Us is one of, if perhaps not the most popular PlayStation series. Critics have praised both games. Praise for their compelling storyline, deep characters, and brutal, intense gameplay, which makes them perfect to be a series that airs on the top popular TV networks.

While there aren’t any clues from the program, the photos of the set suggest that it’s an accurate rendition of Naughty Dog’s well-known game. It’s also worth noting that Chernobyl creator Craig Mazin writes it for HBO, the company that produces the critically acclaimed shows Game of Thrones, Sex, and the City, Succession, and Watchmen. Also, if you’re still skeptical of the gaming genre on television or in films, This could be the show to alter your mind.

The Last of Us: Storyline, Date Of Release

The Last of Us TV program, similar to the Naughty Dog series, follows the adventures of two wanderers, Joel and Ellie, who fight to survive in an apocalyptic America that is ravaged by zombie-like Infected. The storyline of the series is believed to be heavily based on the story of the original game The Last of Us, which came out on PS3 at the end of 2013 and soon became a cult hit because of its theatrical storytelling and dark atmosphere. The fans were then treated to another equally impressive sequel, The Last of Us Part 2, released on PS4 in 2020.

With The Last of Us TV show set to premiere within the next year, we’ve collected all the information we can verify about the actors and production and deep speculation about the date of its premiere and the story.

Collider said that the year-long production of The Last of Us TV program started in July 2021 in Alberta, Canada. A few weeks later, images of the set taken behind the scenes posted by Twitter user @necromonica1 confirmed this. The principal filming schedule is set to last until June 2022, which means we won’t see the 10-episode series for a long time. While HBO is yet to announce an exact date for the release, posts on social media from the crew and cast have stated that it will be released before the end of 2022.

Cast And Crew Of The Last of Us

Everyone is expecting that the show will continue to tell the first film’s story and include elements from the second. However, the show’s director Neil Druckmann has stated that specific episodes could “deviate substantially” from the source material.

In the United States, The Last of Us will be available through HBO and HBO Max. The show’s UK broadcaster is currently unknown; however, we anticipate it to be broadcast in the UK on Now TV and Sky Atlantic in the UK as part of a long-running agreement that has been able to bring HBO massive success stories Watchmen as well as Succession to the respective platforms.

There is no indication of the number of seasons HBO is planning for the series. Still, as the lead actor Troy Baker, Joel has stated that “three, four seasons” will be required to follow the rhythms of the game in a timely manner – instead of limiting the story to a single two-hour movie or rushed season.

Tate No Yuusha No Nariagari Season 2 Episode 12 Release Date, Where To Watch!!