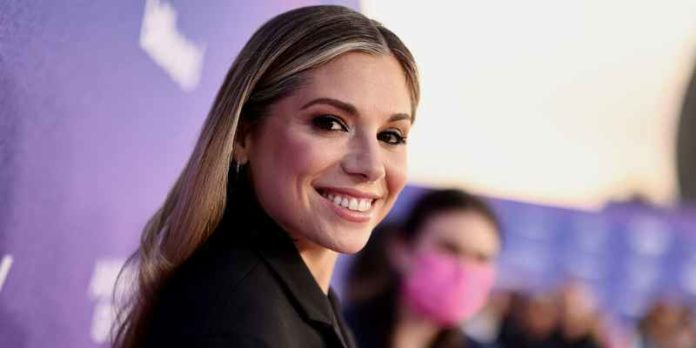 Perri and Paul Costabile married on December 12, 2017, after getting engaged in June 2017. Perri revealed in August 2017 that she was pregnant with their first child, Carmella Stanley Costabile, who was born on January 17, 2018.

Christina Perri Says About Of Her Baby, Rosie “She Is At Peace Now And Will Remain Eternally In Our Hearts”

Perri started in January 2020 that she was “very distraught” following a miscarriage at 11 weeks. She revealed she was pregnant for the third time in July 2020. Perri announced on November 10, 2020, that she was having pregnancy problems. Perri announced the stillbirth of her baby, Rosie, on November 24, 2020, saying, “She is at peace now and will remain eternally in our hearts.” Perri has almost 50 tattoos. Following the loss of their infant two years ago, Christina Perri and their husband Paul Costabile revealed that they are expecting a baby girl. Take a look at how they conveyed the news to their daughter.

Two years after the heartbreaking death of her newborn daughter Rosie, the “Jar of Hearts” singer announced that she and her husband Paul Costabile are expecting a child.

Carmella, the couple’s 4-year-old daughter, opens a present tied with a pink ribbon in a lovely video uploaded to Instagram on May 23. Sonogram images of her unborn sibling are included.

Christina Perri captioned the video, “Rosie sent Carmella a little sister and we’re incredibly thrilled.” “We’ve been experiencing everything, but largely trying to choose pleasure every day.” Later in the film, the smiling parents join their daughter, who is showered with confetti, and Carmella affectionately caresses her mother’s developing baby belly.

Christina started in January 2020 when she experienced a terrible miscarriage 11 weeks into her second pregnancy. Christina revealed that she was pregnant again in July 2020. However, she was hospitalized four months later for pregnancy issues. Christina confirmed that her child would need surgery just three days after giving birth prematurely. Christina gave the devastating news that her little daughter had died on November 24.

Christina posted an Instagram photo of herself clutching her daughter’s hand, “last night we lost our baby girl.” “She was born quietly after battling her way into our world. She is at rest now and will live on in our hearts forever.”

Christina stated at the time that she went public with her tale to “help alter the story [and] stigma surrounding miscarriage, secrecy, and shame,” she continues, adding, “I am constantly reminded of how incredible and powerful women are. At creating life and healing.” I see you and adore you, all the moms who have been and will be here.” Christina is working on more than just a new baby this summer. Her new album, A Lighter Shade of Blue, will be released on June 24 and will contain a unique song named “Mothers.”

Christina Judith Perri is a singer and songwriter from the United States. Lovestrong, her debut studio album, was released shortly after and has since been certified platinum by the Recording Industry Association of America (RIAA).

Perri is also known for composing and singing “A Thousand Years,” the love theme for the film The Twilight Saga: Breaking Dawn – Part 2 (2012), which is featured on the soundtrack. The song went on to sell over 10 million copies in the United States, earning it a Diamond certification. At the same time, the original music video surpassed two billion views on YouTube in December 2021. Her second extended play, A Very Merry Perri Christmas (2012), was followed by her second studio album, Head or Heart (2013).