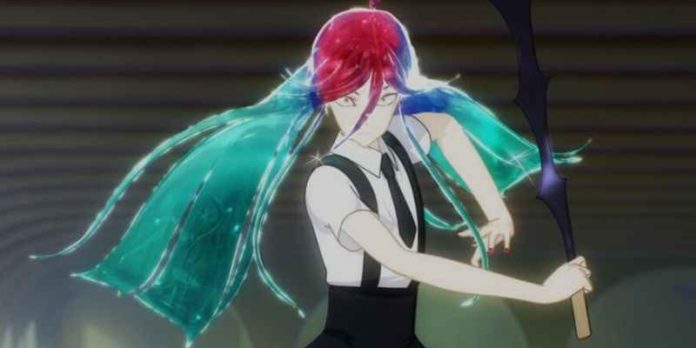 On Wednesday, the July 2022 issue of Afternoon magazine announced the return of Haruko Ichikawa’s Houseki no Kuni (Land of the Lustrous) manga. On June 24, the manga will return in the magazine’s August edition.

In October 2012, Afternoon began serializing the action fantasy manga. In July 2020, Kodansha will release the 11th volume (pictured right). Kodansha Comics licensed the manga in English in October 2016, and the 11th volume was released on August 31, 2017. In December 2020, the manga went on indefinite pause.

In the fall of 2017, 3DCG animation studio Orange turned the manga into a 12-episode television anime. Sentai Filmworks licensed the anime series and aired it on Amazon’s now-defunct Anime Strike streaming platform. HIDIVE subsequently added the title to its portfolio for streaming in North America. In May 2019, the business also released the anime on home video with English subtitles and dub.

Long ago, six meteors collided with Earth, forming six moons and leaving just one island in their aftermath. Those who were unable to reach the island sunk to the ocean’s depths, where they slowly transformed to crystal over time. Over millennia, 28 of these crystalline lifeforms, dubbed the Lustrous, ascended from the depths and settled on the island.

They must defend themselves against the seemingly unlimited number of Lunarians, dwellers of the moons who desire to harvest their precious bodies for creating weapons and jewelry, led by the knowledgeable Kongou-sensei.

Phosphophyllite, a youthful diamond poised to reach three hundred years old, is crucial to Houseki no Kuni. Clumsy, incredibly frail, and devoid of evident skill, they are one of the weakest gems available, incapable of contributing meaningfully to the war against the Lunarians. However, as the war with the extraterrestrial invaders continues, they quickly realize that power comes at a price that no one should have to pay.

Haruko Ichikawa, author, and illustrator of Land of the Lustrous was born on November 22, 1980. She debuted in 2006 with the one-shot Star Lover. Between 2007 and 2011, she produced six more one-shots in Monthly Afternoon, which were ultimately gathered into two different books in the Ichikawa Haruko Works Collection, named Mushi to Uta and 25-Ji no Vacances. She began composing Land of the Lustrous on October 25, 2012, and is still working on it.

She received the Tezuka Osamu Cultural Prize in 2010 for her work on Mushi to Uta. She also designed characters for the video games Pokemon Sun & Moon and Pokemon Sword & Shield. Land of the Lustrous is set in a far-off future in which the Earth has been struck by meteorites six times, devouring it in the process. The remaining country was reduced to a single seashore, and practically all life was extinguished.

Over long periods, a new species of sentient lifeforms developed; everlasting diamonds in the shape of humans. Phosphophyllite (Phos) is a weak mineral with one of the lowest hardnesses and is regarded as worthless by its peers. After receiving an assignment to develop a natural history encyclopedia, Phos approaches their aloof but smart coworker Cinnabar for assistance, therefore beginning their relationship and personal growth. Meanwhile, the “diamond people” are at odds with the Lunarians (Moon people), who wish to exploit their opulence.