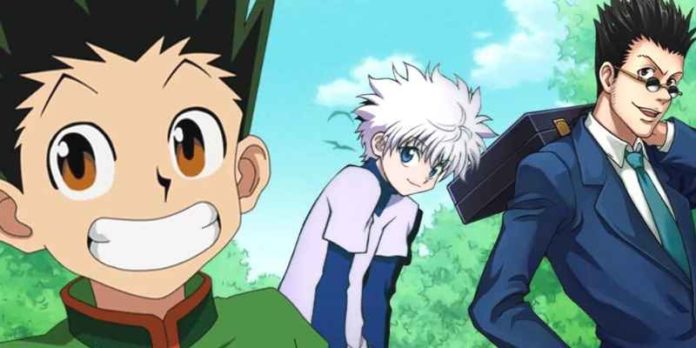 Hunter x Hunter has kept fans guessing for years, yet its absence has lasted. However, it appears that creator Yoshihiro Togashi is set to fulfill his pledge to bring the series back to life. A fresh rumor has surfaced promising the manga’s comeback, and even the Hunter x Hunter anime cast is excited.

Yoshihiro Togashi Tweeted That He Is Working on New Chapters

For those who require context, an anonymous account presumed to belong to Yoshihiro Togashi tweeted a snapshot of some manga draughts on Twitter today. The teaser stated that Togashi was working on new chapters, but no one was able to authenticate the account until the creator of One-Punch Man stepped in. Yusuke Murata verified that the account belongs to Togashi, giving followers, even more, cause to be excited.

Han shared a simple image of Gon crying from the Hunter x Hunter manga, and Ise did the same for Killua. Neither actress revealed anything concrete regarding the revival, but it appears they are as excited about the manga’s return as we are. So, if Shueisha wants to make a formal announcement about the comeback, that’d be fantastic!

Hunter x Hunter Fans Are Excited About The Comeback!!

Hunter x Hunter fans have been enthralled by rumors of a possible return from the manga’s longest sabbatical to date, and the series creator has fueled the fire even more with the first peek at the manga’s returning chapters! Things have been moving quickly for the franchise, with a mystery Twitter account that appeared to belong to Hunter x Hunter and Yu Yu Hakusho series creator Yoshihiro Togashi, and fans were ecstatic to learn that the manga was working on its comeback chapters. Now the creator has added fuel to the flames.

While Shueisha has yet to clarify whether or not this mysterious new Twitter account belongs to Yoshihiro Togashi, it’s becoming increasingly clear that it does, as the author had followed his original Tweet informing fans of the manga’s development with the first peek at one of the upcoming chapters.

Hunter x Hunter last published a new chapter in 2018, with Chapter 390, and there have been many significant changes to both Shueisha’s Weekly Shonen Jump magazine and the world at large. Fans will most certainly need to catch up to where the manga is now, but regrettably, only the three most recent chapters of the series are available through Manga Plus. With the anime finishing far beyond where the manga is now, catching up will be difficult before the series resumes.

Togashi previously stated that each return for the series was planned with a 10-chapter debut, but things might have altered in four years. With the initial tweet stating that four chapters had been completed and a number six insight, it appears that Togashi is aiming towards the next ten-chapter milestone to carry the story into the Succession Contest arc’s next phase. This tree is made much more intriguing because the manga is set on a boat in the middle of the sea!