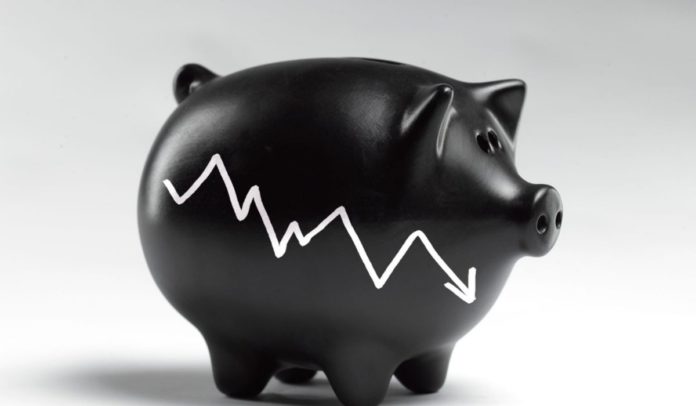 With its war on inflation, Wall Street is increasingly worried that the Fed will push the economy into a recession.

Bank of America, Deutsche Bank, Wells Fargo, and Goldman Sachs are among the most prominent corporations predicting a slowdown in the next two years as the US central bank tightens monetary policy to chill consumer demand and bring inflation back to its objective of 2%.

Is the Economy on the Verge of a Recession in 2022? All You Need To Know

Although recessions are notoriously difficult to anticipate, there is rising evidence that the banks are correct.

The Bureau of Labor Statistics said earlier this month that the economy unexpectedly contracted in the first quarter of this year, marking the weakest performance since the spring of 2020, when the economy was still mired in the COVID-induced slump. According to the government’s preliminary reading of the statistics, GDP dropped by 1.4 percent on an annualized basis in the three months from January to March. That was much below the 1.1 percent increase forecast by Refinitiv economists, indicating that bad clouds are lurking on the horizon.

“The unexpected decline in GDP serves as a reminder that the economy isn’t as robust as we all anticipated,” Chris Zaccarelli, chief investment officer for Independent Advisor Alliance, said. “GDP may be revised higher next month because this is the initial report and there will be two revisions, but it is a warning sign.”

This month’s global sell-off has wreaked havoc on markets, as investors fear rising inflation, rising interest rates, and the threat of a recession.

The Nasdaq Composite is already in the midst of its own bear market, and the Dow Jones Industrial Average has fallen for nine weeks in a row. As it shifts into full inflation-fighting gear, the Federal Reserve hopes to accomplish the rarest of economic feats: chilling consumer demand enough to keep prices from increasing while not crushing it to the point of putting the country into recession.

Alan Blinder, a former Federal Reserve board vice-chairman and Princeton economist, recently published research that found 11 tightening cycles since 1965, eight of which were followed by recessions. Still, a severe recession isn’t a certain conclusion: there have been five instances of either extremely light recessions with GDP falling by less than 1% or no economic contraction at all.

The Federal Reserve raised the benchmark federal funds rate by a half-point earlier this month, and Chairman Jerome Powell has all but vowed that two more hikes of comparable magnitude will be considered at the June and July meetings. As the Fed tries to catch up with out-of-control inflation and bring it back down to the 2% objective, he has repeated that view, vowing that the Fed would hike rates as high as necessary to keep prices in check.

The consumer price index for April was expected to demonstrate that sky-high inflation had peaked and prices were beginning to decline.

Instead, prices grew more than predicted in April, suggesting that inflation will remain high for some time. While the Labor Department announced that headline inflation moderated for the first time in the month, the measure still rose by 8.3%, a blisteringly rapid rate that is close to a 40-year high.