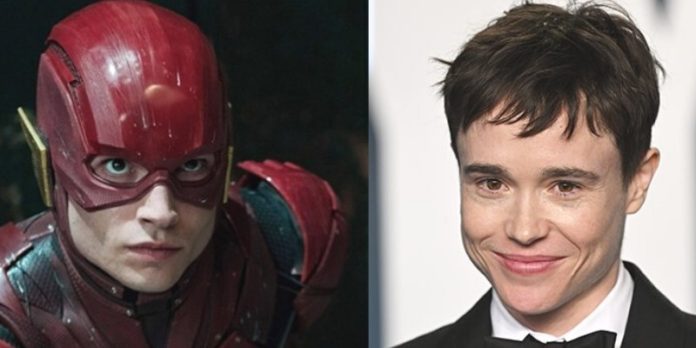 The Flash is an upcoming DC Comics superhero film based on the character Warner Bros. Pictures and DC Films are responsible for the American superhero movie’s production and distribution.

Will Elliot Page Will Be In The Role Of Superhero Flash

There have been a lot of controversies recently about the cast of the upcoming DC picture. This all began after the lead actor, Ezra Miller, suffered a great deal of damage to his reputation earlier this year. In light of the series of events, DC Comics fans are unsure of the actor’s ability to continue as the protagonist in the future film. They believe that this could possibly have an impact on the future film.

Many Elliot Page fans believe that the actor is the ideal choice to take over as The Flash in the DC Extended Universe. Because Miller is a prominent cast member, it is hard to recast him and refilm the movie from scratch under the current situation. According to the sources, he is likely to remain in the movie till the premiere of The Flash. As time passes, it’s possible that Barry Allen will be recast in one of DC’s next films.

Fans of the DC Universe are already speculating on who will play Barry Allen in the event of a recasting. Several names have come forward, the first of which is Grant Gustin, who played The Flash in the Arrowverse TV series. Elliot Page is also a popular choice for the part, according to several fans. The actor’s Netflix series, The Umbrella Academy, was released at the same time.

This issue has sparked a lot of discussion on social media. “Just want to take this moment to suggest Elliot Page would make a great Barry Allen, in case there is ever a need to, you know, cast a new Flash, for whatever reason,” read one popular post that received thousands of likes. A slew of other comments in support of the actor has appeared, setting the stage for a hot topic on social media.

As a result of their tweets and comments, fans of Eliot are trending on social media. In the wake of all the publicity, further voices have emerged in support of this theory. There are, however, a number of individuals who disagree.

Against Elliot Page In The Role Of Flash?

As Page’s performance in the Umbrella Academy was hailed, many of Page’s admirers believe that Page could be drawn to the lead character of the superhero tentpole because of Page’s performance. Since he previously portrayed Kitty Pryde in Fox’s X-Men film series, this actor has even more expertise in the superhero genre! And thus, it appears that the DCEU is ready for a new movie starring Page on the big screen.

By using time travel, Barry is able to save his mother’s life, but the consequences of this are seen in The Flash. The film’s development began in the 1980s with a variety of writers and directors, but it was never completed. As a result of artistic disputes, some directors have walked away from a project.

Muschietti and Hodson joined the picture in July 2019 and pre-production began in January 2020. In this version of Flash, you’ll be able to see various DC Comic characters, including both Affleck and Keaton’s Batman. Starting in April 2021, filming will take place at Warner Bros. Studios and across the United Kingdom. Because of the COVID-19 epidemic, the film’s release date has been pushed back several times to June 23, 2023, in the United States.