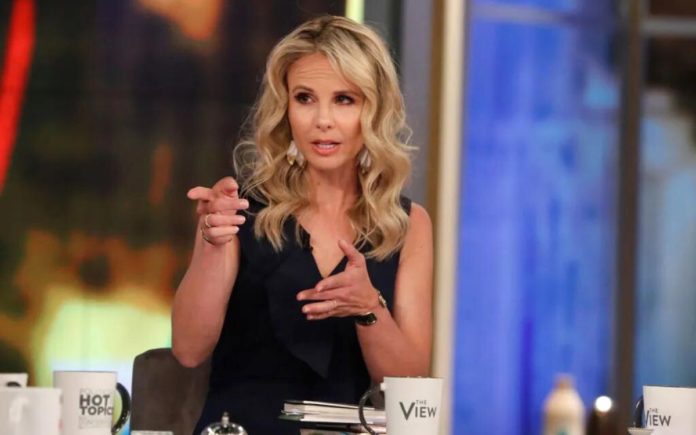 Elisabeth Hasselbeck made her return to “The View” on Wednesday, and during the first half of the show she spent the most of her time criticising women who undergo abortions as well as women who advocate for abortion rights. According to Hasselbeck, these individuals are more concerned with “being caught under the law” than they are with following the precepts of their respective religions.

Following the reversal of Roe v. Wade, it is now possible for state lawmakers to restrict access to a particular type of healthcare, which has led to a revival of the debate over abortion rights. On Wednesday night, voters in Kansas soundly rejected the idea of removing a woman’s right to an abortion from the state constitution.

While the rest of the panel was celebrating, Hasselbeck spent the most of her time trying to discredit those who advocate for abortion rights. She largely appealed to her religious convictions, stating that “according to God,” abortion is a sinful practise, while at the same time insisting that she does not impose her faith on other people. The crux of Hasselbeck’s argument, however, was that women place an excessive amount of emphasis on the permissibility of abortions rather than the ethical implications of the practise.

“I believe that often times, legislatively, we find ourselves stuck in the ‘right.’ She said that it seemed like we were getting in trouble with the law. “Just because something has a right to it does not necessarily mean that it is right.”

Hasselbeck advocated on multiple occasions for the proposition that women who become pregnant and are able to carry a baby to term should seek into agencies that can assist them in having their child adopted by families who want the child and are prepared for the child.

When that was brought up, the host Joy Behar mentioned that “there are 117,000 children waiting to be adopted right now, so it’s not such an easy thing.” When her cohosts sided with Behar, one of those cohosts, Sara Haines, argued that the foster care and adoption systems have problems, and Hasselbeck responded by saying that those problems arise from the government, her cohosts sided with Behar.

Instead, she encouraged people to donate their time and money to “non-profits that are truly doing the good work.” I can give you my word that they can be found.

Whoopi Goldberg, the panel’s moderator, disagreed with the notion that all mothers are capable of simply placing their children for adoption. Instead, she emphasised that individuals should look for a solution that is tailored to their particular circumstances.

She shared her thoughts by stating, “God made us clever enough to realise when it wasn’t going to work for us.” “The beauty of providing us freedom of choice is that it allows us to…”

In response, Hasselbeck stated, “no,” and then produced a dish towel bearing the inscription “I’d agree with you, but then we’d both be wrong.” This item was something that Hasselbeck had brought along particularly for the programme.