‘The Lord of the Rings: The Rings of Power’: What timeline is the series set in?

The fundamental question surrounding Amazon’s “The Lord of the Rings: The Rings of Power” is in what chronological order the events of the series take place. The 2019 show’s pre-pandemic announcement said it was set several years before “The Lord of the Rings,” and as the series’ premiere date neared, the showrunners confirmed it. The most expensive show ever made has already been renewed for the second season, which means that the story will be described in more detail and put the Second Age, a lesser-known era, in the spotlight. 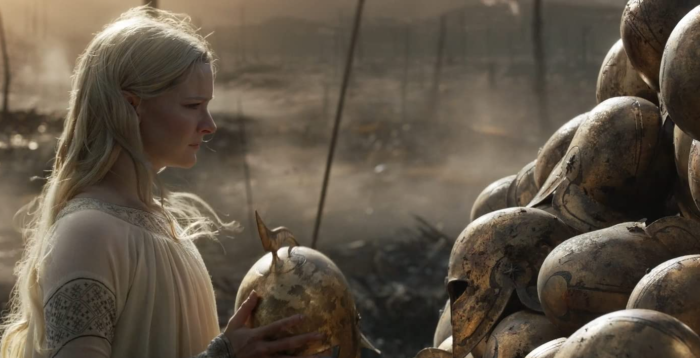 The Lord of the Rings The Rings of Power

What is the filming date of “The Rings of Power”?

The location of the prequel in the second age of Middle-earth was revealed by Amazon Prime Videos before the start of the television series. Fans of the show will know that this took place thousands of years before the actual “Lord of the Rings” trilogy. Additionally, a lot of well-known characters will be missing as the series is set in the past.

Galadriel will be one of the standout characters, but Elrond, the main elf, will also get some screen time. In an interview with Vanity Fair, series creator Patrick McKay gave some insight into what was to come, “There were rings for men, dwarves, and elves until Sauron used a ring to fool them all. It tells the story of the development of all these powers, their origins, and the damage they have caused to various species.

The official synopsis offers a fuller perspective: “The heroic tales of Middle-earth’s fabled Second Age will be brought to television for the first time in Amazon Studios’ upcoming series. This epic drama will transport viewers to a time when great powers were forged, kingdoms grew glorious and fell to ruin, unlikely heroes were tested, hope hangs in the finest threads and the greatest villain ever from the pen of JRR Tolkien threatened to plunge the whole world into darkness. It takes place thousands of years before the events of “The Hobbit” and “The Lord of the Rings”.

“The series opens in an era of great tranquility and follows a cast of known and unknown characters as they face the dreaded return of evil to Middle-earth. These lands and individuals will leave behind legacies that will endure long after they are gone, from the remotest corners of the Misty Mountains to the magnificent forests of the elven capital of Lindon, to the breathtaking island kingdom of Nmenor.

The Lord of the Rings: The Rings of Power will debut on Amazon Prime Video on September 1, 2022.

‘The Sokovia Accords Have Been Abolished’: The Very Reason Captain America: Civil War Broke the Avengers Was Wiped Out of Existence