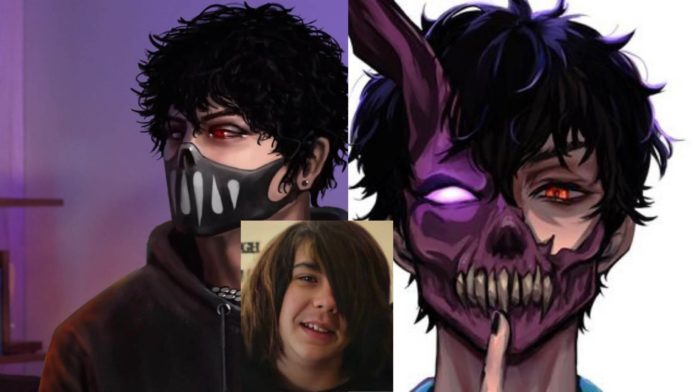 Corpse Husband is one of the leading Internet personalities right now. He is famous for his horror narration on his YouTube channel and also well known for his songs such as E-GIRL ARE RUINING MY LIFE! His musical career is recognized as his music is featured on Machine Gun Kelly trach DayWalker.

Although he is not uploading videos regularly on his YouTube channel, he has over 7.61 million subscribers. He already mentioned that he is chronically ill and that’s why he might be taking a break from social media.

However, recently he announced that “I will be voicing Ojiro in the English dub for Tribe Nine. From the same creator as Danganronpa and Akudama Drive. I couldn’t have asked for a better first role. Very honored to be a part of it!”.

Currently, he is not uploading any videos on his YouTube channel. Although he posted his last YouTube video on November 3, 2021, many YouTube celebrities are watching and commenting on his videos these days also. Recently, the popular tech Youtube channel Jimmy Is Promo commented, “Just want him to say ‘I’M BATMAN’”. Corpse Husband has that much fan base on the Internet.

The famous internet personality Corpse Husband was born on August 8, 1997, in San Diego, California. He is 24 years old as of 2022. He is best known for his “faceless” narration of horror stories through his YouTube channel. He did not reveal his face anywhere and there is not much information about his living place.

He did not reveal any information about his family and education. He shared about his disease which is the reason behind his deep voice. He has been interested in gaming and music and he is achieving his dreams now. He holds his American nationality with mixed ethnicity. His zodiac sign is Leo.

Corpse Husband does not reveal any details about his relationship status. She has many girl fans on YouTube and once he was trapped in a rumor that he is an LGBTQ.

Later he explained that he is not a part of the LGBTQ+ community but he gives his full support to that community. As per the sources, Corpse Husband is enjoying his single life in a private space.

There is a lot of fake news and rumors about Corpse Husband face reveal. Many people are sharing fake photos by claiming that they are the face of the Corpse Husband.

Recently a photo became viral on social media claiming that he is Corpse Husband. Corpse husband did not react to that rumor. However, his fans themselves concluded that the photo is fake by stating many mismatching features of that person in that photo.

His close friends and a few YouTube celebrities such as Anthony Padilla know his face. Although many photos are claiming that is Corpse Husband, he doesn’t reveal his face officially.

Corpse Husband explained about his disease several times through his social media accounts. In 2020, Corpse tweeted, “Sorry if I worried anyone earlier.

For those of you who don’t know, I’m chronically ill and have been for years. I’m in pain every single day. It’s something that I constantly try to overcome, but sometimes it just gets too overwhelming.”

As he mentioned, the reason behind his voice is his disease named GERD. He suffers from fibromyalgia and GERD which makes Corpse’s voice deeper.

Besides, once he stated that he is suffering from eye disease and he wears an eye patch to avoid light. He is also struggling with anxiety issues as he shared the issue in an interview with the famous YouTuber Anthony Padilla.

He explained, “I have bad anxiety. I never leave my house, and I feel like I had other issues prior. But! If I made it more logical in my head despite probably being irrational.”

His horror narration entertains as well as frightens the listeners. He is a member of the YouTube channel Horror Narration Channels. Besides, over 3.6 million people are following Corpse Husband’s Instagram account and he has over 2.3 million followers on Twitter.

Corpse Husband’s musical journey can be seen on Spotify where he has 1.8 million followers. “E- Girls Are Ruining My Life” is his most listened to track with more than 180 million listeners.

Corpse Husband holds his American nationality to date. As per the source he was born and brought up in America and he is also settled in America. He is half Mexican and half Irish. So, he had a mixed ethnicity too.

Corpse Husband was born on August 8, 1997, in San Diego, California and he is 24 years old as of March 2022. Corpse Husband celebrated his birthday with his friends and he posted lots of hand photos with the caption “I appreciate all of the birthday wishes. Very thankful for all my friends and community. Love y’all for giving me a place.”

Corpse Husband does not reveal his face yet. However, his height and weight can be estimated through his appearance in the videos. Corpse Husband stands at a height of approximately 5 feet 8 inches and weighs 57kg.

He only revealed her body mainly her hands and fingers through social media. Although Corpse Husband didn’t reveal his face, fans assumed his hair color was brown, and had dark brown eyes as well.

As of 2022, Corpse Husband’s net worth is estimated to be around $930.08 thousand and his main source of income is his YouTube channel and song-making career.

Gaming is also a source of income for Corpse’s husband but he did not reveal much information about his finances.