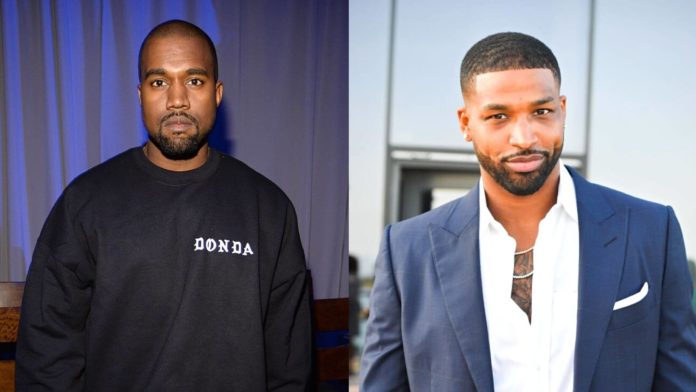 As expected, Kanye West is reunited with Triston Thompson for dinner in Miami Beach. As per many reports, They met in a “light and fun” atmosphere on March 1 and many women joined at their table at the time of the meeting.

Kim Kardashian’s former husband’s meeting with Khole Kardashian’s ex makes perfect sense to the fans. Many fans reported that it is easy to guess which topics they discussed around that table.

Unraveling The Truth Behind Kanye West And Triston Thompson’s Friendship!

They spent a lot of time together and it is concluded that it happens following the news of Triston as he had become a father for the third time. It was in January, an NBA player publicly apologized to Khole after the paternity was confirmed.

On the other hand, the dinner took place in the middle of a sudden change for Kanye West who became officially single the following day. His video with The Game “Eazy” depicted the animated version of Pete Davidson. Pete Davidson who is Kim’s boyfriend has been portrayed as ‘Being tied up and buried alive.

Kanye West’s mental stress has been shown in his Instagram post. Although Kanye has a habit of posting-and-deleting many photos and videos from his Instagram account, he still keeps his poetic works named “Divorce” and “Dead”. It seems to be that he is not only portraying what has happened between him and Kim, but also the link between him and the entire world.

As per the sources from Miami, Kanye seems very cool and bright at the time of the dinner party. He was smiling and holding the court at the table.

Both Kanye and Triston spent lots of time together and their conversation method reflects their deep friendship. They were smiling together and also shared many fun moments.

A source reported, “You wouldn’t have felt Kaye was carrying such hard feelings and emotions if you saw him with Triston Thompson”. They stayed past midnight and shared many stories while eating and drinking. Then they gave a hug to each other before leaving in separate ways.