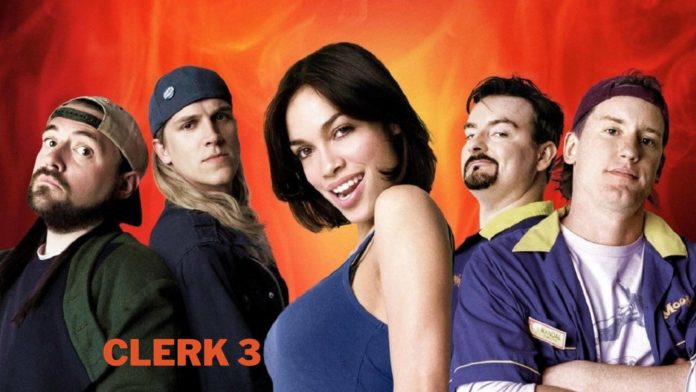 The famous ‘Clerk’ movie series by Kevin Smith will have a threequel this fall. As per reports on the famous filmmaker, it has been confirmed that ‘Clerk 3’ will be released this year. He has also released the official trailer on various social media channels, including YouTube.

As Smith remarked during a recent interview, the concept of the entire movie series might feel very distant to the modern generation. Still, he tried his best to bring back the memories of the 90s. The first movie in the series’ Clerk’ was released back in 1994, which was later followed by ‘Clerk 2’.

But, among the whole series, only the first ‘Clerk’ movie had gathered a lot of support from its fans. For many fans of Smith, it is one of their cult classics and the most-watched film of all time.

As per reports on the total box-office collection of the sequel of ‘Clerk,’ it was seen that ‘Clerk 2’ had not received as much positive response from the fans as the first one did.

But, reports suggest that following the failure to achieve the same popularity as the first movie, Smith himself started to write the plot of the third movie.

The movie will contain a lot of comedy along with a heartfelt storyline, Smith remarked during an interview.

The trailer of ‘Clerk 3’ has officially been released to the public on many major social media platforms, including YouTube.

On YouTube, the trailer was released on the official ‘Kavin Smith channel on the 6th of July this year.

When Will ‘Clerk 3’ Get Released?

Clerk 3 will get a release into the theaters this fall, between the 13th and 15th, as per the recently released trailer.

The filming for the movie had started back in August of the previous year in the city of New Jersey.

Where To Watch The Clerk Series?

All the previous clerk movies are available either for free or as a premium on most OTT platforms, including Amazon, Netflix, and others.

The Clerk 3 movies will be released first in the theaters on the 13th of September this year, after which it is expected to be released on OTT platforms online.

Suppose anyone wants to buy tickets for the theatre release. In that case, it is expected to be available across a majority of the theaters across the country before the release date.

The clerk movie series is one of the cult classics among fans mainly due to the comedy-filled storyline and the talented actors.

The cast of ‘Clerk 3’ will be the same and allow the fans to enjoy those same old family faces they saw earlier in the Clerk series.

Smith is also directing the entire movie as the leading director.

What Is The Plot Of The Movie ‘clerk 3’?

The movie Clerk Three will include the story of what happened after Randal’s massive heart attack.

The movie’s basic plot will remain the same, immortalizing his life at the old convenience store as Silent Bob.

Lionsgate is producing the new movie, and the storyline for the film is wholly written and directed by Smith himself.