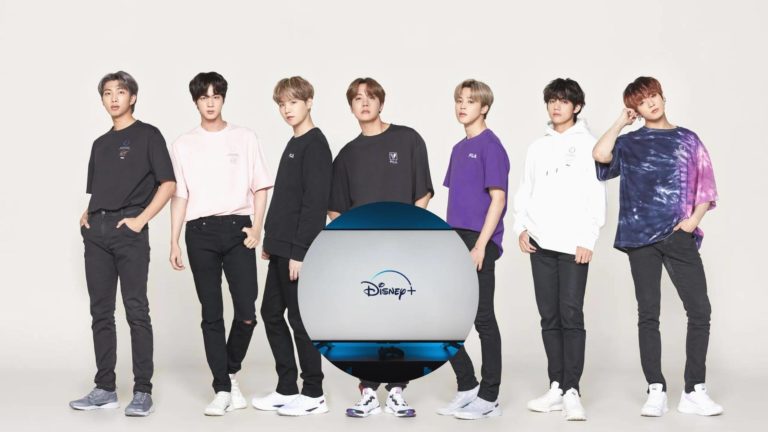 The two companies have agreed to work together on the creation of five streaming titles, three of which will include members of the boy band BTS.

It will be a 4K concert movie of the group’s performance at the Sofi Stadium in Los Angeles in November 2021 called BTS: Permission to Dance on Stage – LA. Since the Ebola crisis two years before, this was the first time the band had been able to interact with fans in person.

For the third project, Disney promises “an original docu-series that chronicles the remarkable journey of 21st-century pop sensations BTS.” It is what they have to say about the project:

According to Disney, the new series will “show the everyday lives, ideas, and plans of BTS members, as they prepare for their second chapter, with unparalleled access to a massive archive of music and film over the last nine years.” To see the program beyond 2023, you’ll have to use Disney’s streaming services.

“They are delighted to be partnering with Hybe to showcase their original material made with compelling artist IP on our worldwide streaming platforms, including Disney+,” said Jessica Kam-Engle, Disney’s APAC head of content.

By working with well-known content creators and notable personalities in the Asia Pacific, they want to provide mainstream audiences with several opportunities to experience their skills. More music material is expected to be added to the service, and they are confident that these new titles will enthrall customers worldwide.

It has been reported that HYBE’s management business has teamed up with Disney+ to produce unique content for the streaming service.

Exclusive series are planned for three of the five new projects the alliance has planned.

BTS fans will soon be able to watch the boy band on one of the world’s most popular streaming platforms.

“They are pleased to be partnering with Hybe to showcase their original entertainment developed with engaging artist IP on our international streaming platforms, including Disney+,” says Disney’s APAC director of content Jessica Kam-Engle.

“Our creative ambition is to engage with famous content creators and top performers in the Asia Pacific so that mainstream audiences may experience their genius in a variety of ways,” she said. They believe that audiences globally will be enthralled by these new offerings.

In a recorded video message, BTS encouraged fans to look forward to a documentary that will give audiences a closer look at their daily lives. The series is expected to be live online in the new year. Congratulations to the ARMYs who have supported BTS in all of their undertakings. While details of the partnership have not yet been released, Disney Plus has recently struck deals with various South Korean media outlets.

“It is through partnerships like they can bring the talents of Asia’s most prominent Pacific performers and renowned content creators to a wide range of mainstream viewers. Disney’s Asia Pacific programming president, Jessica Kam-Engle, made a statement.