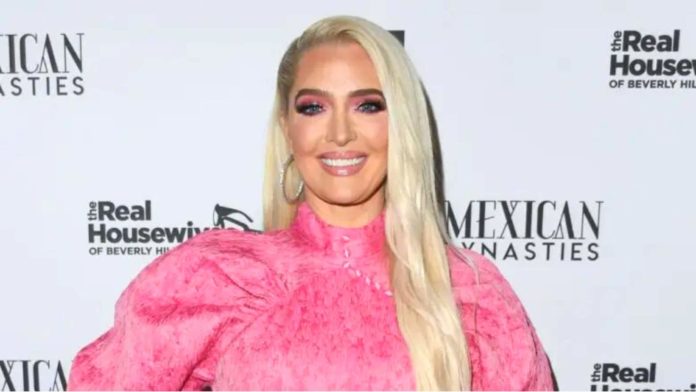 Christina Fulton is suing Erika Girardi and her ex-husband Tom Girardi on charges of fraud and theft. It came to light recently according to court documents.

Christina Fulton is the ex-girlfriend of Nicolas Cage and Erika Jayne of the Real Housewives of Beverly Hills. Christina is being sued for $745,000 for fraud and theft.

The age of Erika is 51 whereas Fulton is nearly 55 years old. Erika, and her ex-husband, Thomas “Tom” Girardi, are accused by Fulton. The reasons were violating fiduciary obligations, breaking contracts, and engaging in legal malpractice, among other wrongdoings.

Tom formed the now-defunct law practice of Girardi Keese. It was previously regarded as a well-known and successful plaintiff’s attorney. Immediately following allegations that it had stolen client funds, the firm shut down.

She was one of the firm’s clients. Moreover, she was sadly a victim of this fraud and theft, according to Fulton’s lawsuit. According to the complaint, Fulton hired Girardi Keese to defend her in claims. It is based on significant injuries she incurred in a car accident on or about January 1, 2016.

Following a recent lawsuit filed by the Edelson PC law company, a source reports that Girardi Keese is accused of siphoning off settlement money intended for victims’ families. Besides, women who acquired breast cancer after receiving hormone replacement medication and other clients of the plaintiffs’ firm.

Edelson filed a lawsuit against Girardi Keese in 2019. It is a result of the firm’s representation of plaintiffs in action against Boeing over the 2018 crash of Lion Air flight 610. It is for the purpose of alleging misappropriation of settlement funds and money owed for attorneys’ fees.

Girardi’s allegedly used Erika’s business to evade paying taxes. Also, the reality star was informed of the ruse, according to the court filings. The statement in the document reads, “Erika and Tom Girardi would deduct EJG’s expenses on their personal tax return.

” Moreover, “Erika’s payment would remain on Girardi Keese’s books and records as a fictitious receivable. Erika was aware that the entity was established as a tax avoidance entity for the tax years 2011 through 2013. “

As a result, Erika has been named as a defendant in numerous multimillion-dollar lawsuits. Also, she rejoiced in January when her husband’s approx. The $2 million fraud and embezzlement lawsuit was dropped. It is despite the lawyers’ promises to resubmit it in California.

Erika’s attorney is Evan C. Borges. He asserts that there are two major issues with the present action brought by Fulton. In a statement, Borges stated, “Erika, a non-lawyer, had no influence over Girardi Keese’s dealings with the firm’s customers or the management of the firm’s finances.”

“Second one is, that Erika had a strong reason to think she was married to a very successful lawyer. Moreover, he owns a financially successful law firm, as did the majority of the legal community. “

He stated, “Especially for things she didn’t do, Erika’s lifestyle and appearance on a housewife show are not legally valid reasons to suit her.” and, where supported by evidence, the attorneys, accountants, and financiers who approved of the law firm’s malfeasance should be the main focus.

In court filings for a different lawsuit brought against the ex-couple on June 28, Judge Barry Russell sided with Erika. He stated that it was unlikely that she was aware of any of the shenanigans taking place.

However, Fulton’s attorney, Ronald Richards, claims that Borges is completely mistaken. Moreover, Richards said in a statement to a news source, “Erika is not being sued because she was Tom’s spouse.

” She is being sued because she was the number one beneficiary of client funds that were wrongfully taken and engaged in tax fraud with Tom to keep the funds.

She needs to refund some of the money that Tom stole with the help of other staff members at this firm. These staff members are looking into but who might not yet be defendants, he said, but not all of it.

Erika is not permitted to retain all of the profits from the stolen customer funds. Furthermore, a spouse’s innocence does not shield them from responsibility for the money that has been stolen.

Tom is accused by Richards of various offenses against his client, Fulton. It includes stealing money from her and other clients. Besides, using the proceeds to support the now-separated couple’s personal lifestyle.

Richards further contends, in defiance of Judge Russell’s decision, that Erika had to be aware of her husband’s behavior.

Richards says, “Tom Girardi really paid himself very little as he routed stolen customer money to Erika’s business and other vendors instead of paying tax on income.” Erika is aware of and well-versed in his lifestyle spending and multiple deductions.