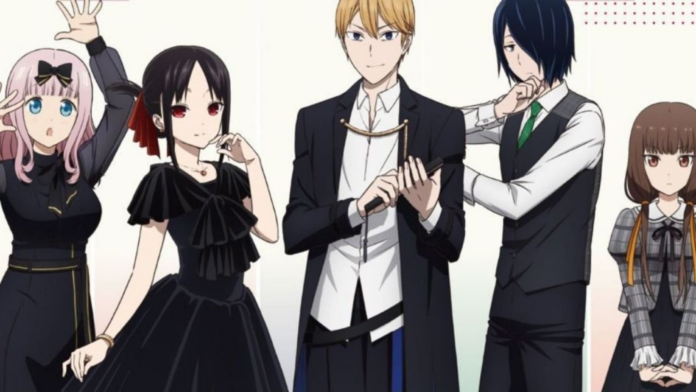 The last chapter of Kaguya Sama; Love is War was ended in a cliffhanger. Now everyone wants to know about what will happen in chapter 258. Will Fujiwara and Hayasaki meet Kaguya and will the three of them be able to escape the Shinomiya household.

It looks like the creators of Kaguya Sama; Love is War has heard the desperation of the readers and chapter 258 will release within little time. So what will happen in chapter 258? Let’s take a look.

What Will Happen In Chapter 258 of Kaguya-sama; Love Is War?

In chapter 258, it is solely dependent upon the brother to allow Hayasaki and Fujiwara to save Kaguya. It is likely that Kaguya’s brother will allow them to enter the mansion as he is threatened by the ladies and also has guilt in him.