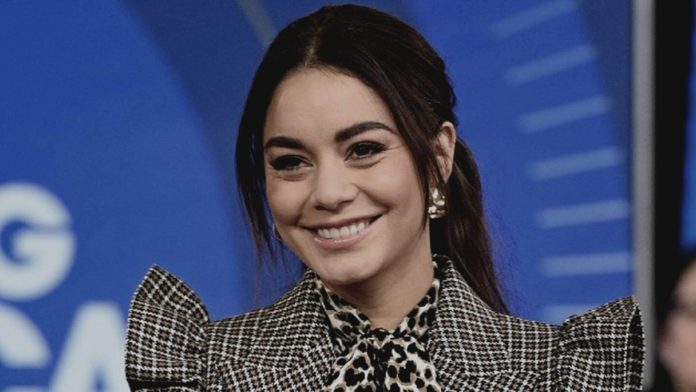 It was recently revealed that Princess Switch star Vanessa Hudgens had been approached for hosting the 2022 MTV Movie and TV awards. This has been one of the week’s biggest headlines that this 33-year-old actress would be acting as the host of the big night that is all set to stream on June 5th, 2022.

This isn’t the first time her name has been selected to host this amazing award night.

Even in the past, this High School Musical actress had the opportunity to post the MTV Movie and TV Awards, which happened in 2020. But then, the event could not cover a lot of popularity because it was conducted remotely.

This famous actress has been able to gain a huge amount of popularity after playing the role of Gabriela in the famous High School Musical film series. She has also appeared in the famous web shows Like The Princess switch series and the bad boys for life.

All of them have been able to get successful to a great extent. She is also known and famous for her amazing hosting skills. She has hosted many award shows, and all of them have been very entertaining. This is one of the most important reasons she was selected once again. This is the best type of talent that Hollywood could ever have.

This award show is going to be a huge night altogether. It will consist of so many nominations and other performances from the best talent in Hollywood.

This award show is going to be entertaining to the next level. Even the promo and the trailer of this award show are likely to reveal the same. This is one of the most important indications that the directors and the crew members of the award show have selected the correct talent to host to ensure proper entertainment. This will be useful to a great extent to get a better TRP for the show.

Vanessa has received a huge amount of applause for her amazing hosting skills. She is not only known for her acting but also for hosting all these years. She is a multi-talented personality who has left no opportunity to become a big name in Hollywood.

This is useful and helpful in making digital opportunities for her. Hosting this MTV award show is likely to put another feather in her cap. It is expected that she will also be hosting upcoming award shows because her hosting is perfect and entertaining.

The committee has been formed concerning the MTV award shows. This committee performs the task of finding the correct hosting talent for the web show and award shows. Without a proper host, it would be impossible for the award night to succeed. Nobody could be more perfect in such a situation than the one and only Vanessa, who has achieved a lot in this category.