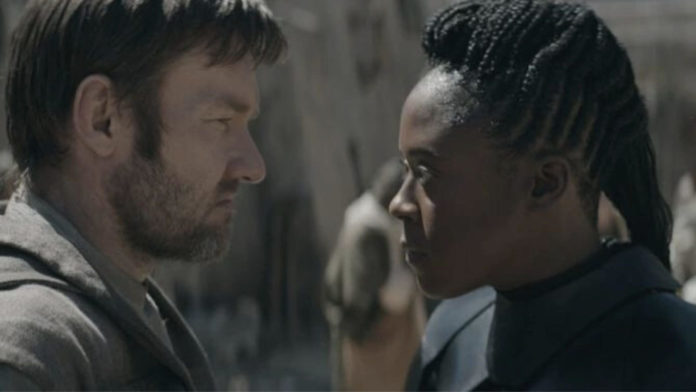 Moses Ingram, his Obi-Wan Kenobi co-star, has been the target of racist taunts and comments on social media, prompting Ewan McGregor to speak out. The 51-year-old actor says he is heartbroken by the “horrendous” messages Ingram has received since the limited series launched on Disney+ in a video shared to the official Star Wars Twitter account.

McGregor Thanks Fans For Making Obi-Wan

True Star Wars fans, according to McGregor, would never bully Ingram in the first place. Bullying in no way is accepted and McGregor shows great disappointment towards Star Wars fans. McGregor thanks fans for making Obi-Wan “the most-watched Disney+ original series debut of all time” in a Twitter video released by the official Star Wars account.

He wonders saying how much the family can accomplish when they all come together. Obi-Wan is unquestionably the father of the Star Wars family, and he is dissatisfied. He also says that some of the fan bases tried to attack Moses Ingram with all the horrendous, racist DMs that were also read by him the following morning. He expresses disappointment and unhappiness towards all those messages. He says listening to the messages broke his heart.

Ingram, who portrays Sith Inquisitor Reva Sevander on the show, gave a sample of the vile DMs and comments she received over the weekend, including warnings that her days are “limited” and references to her being a “diversity hire” for the “Star Wars” universe.

“To cut a long story short, there are literally hundreds of them. Hundreds,” These were the words of Ingram in an Instagram video on May 31st including the threats and disgusting, racist DMs she received from Star War fans. “And I see those of you out there that put on a cape for me, and it really means a lot to me since there’s nothing anyone can do about it.” Nothing anyone can do will be able to stop the hatred. As a result, I’m not sure what I’m doing here in front of you admitting this is happening.”

McGregor goes on to name Ingram “a fantastic performer” and “a brilliant woman” in the series, calling her “simply amazing.” Reva, played by Ingram, is a cruel, ambitious Inquisitor who is determined to prove herself to the Grand Inquisitor and Darth Vader by hunting down any and all remaining Jedi, including a young Luke and Leia.

Ingram plays Reva, a vicious Inquisitor on the program who is on a mission to find Kenobi (McGregor), who has gone into hiding in the ten years since the events of Star Wars: Revenge of the Sith.

“And it really pained me to my stomach to hear this has been going on,” McGregor adds, adding that “as the series’ principal actor and executive producer, we stand with Moses.” Moses is one of our favorite people and everyone loves her. And, in my opinion, if you’re sending her harassing texts, you’re not a Star Wars fan. Racism has no place in today’s world.” The actor says she completely agrees and stands by Moses.