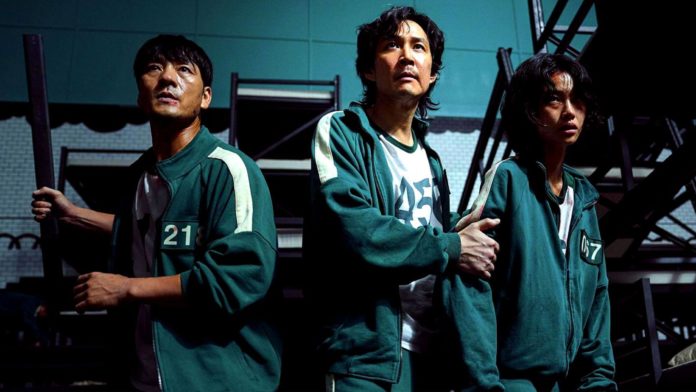 Netflix confirmed on Sunday that global megahit “Squid Game” will return for a second season, dropping a few hints about what’s to come in the grim Korean thriller.

When “Squid Game” debuted in September 2021, it quickly became the most-watched series on the OTT platform. The show chronicles the stories of cash-strapped competitors who play childhood games for the opportunity to win life-changing sums of money. It sparked many jokes and Halloween costumes, as well as increased sales of green tracksuits.

“Red light… GREENLIGHT!” comes the caption accompanying the teaser, which includes a short animation of the massive robotic doll that figures prominently in the “Squid Game” pilot.

In an official letter, writer and director Hwang Dong-hyuk revealed a few tidbits regarding the show’s second season.

“The man in the suit with ddakji could be returning,” Hwang writes before revealing that the lover of Young-hee, the massive killer mechanical doll that shows spectators how dangerous the game is, will be presented. The statement, however, did not provide a release date for the next season.

Hwang revealed in December that he was in discussions for not just the second but also the third season of the program.

During a special screening and Q&A for the series in November, Hwang revealed that he had been working on a season two storyline and was currently in talks with the OTT giant about another season, which he had felt “a lot of pressure for” while in Korea and had since been asked about repeatedly by the press in Los Angeles following the show’s breakout global success.

“I do have a basic scenario for season two in my head, and I am now in the brainstorming stage,” the writer-director told The Hollywood Reporter, adding, “It will happen sometime, but I cannot tell you when.”

The Squid Game will be available on Netflix on September 17, 2021. The series’ themes were suspense, horror, drama, and action. It has an exciting narrative and well-written characters. It not only won multiple prizes but also became a social media sensation for a variety of reasons. The drama was well-received, and it had the audience captivated by the screen while they watched it on their Netflix accounts. SquidGame was another triumph for Netflix’s OTT platform. Now, the leading platform, Netflix, has announced that the second season of the show, Squid Game, will be released on June 12, 2022.

This has sparked a frenzy among Season 1 fans. The plot was full of psychological twists and turns, and the horrifying elements drew viewers from all over the world. It was based on the struggles and survival of a divorced, indebted gambler who plays a series of children’s games to win a large monetary prize. However, he discovers later that losing the game would result in his death, just like the other players, and that with each death, the reward money grows. The show revolves around him forming alliances with other players in order to survive the deadly game.