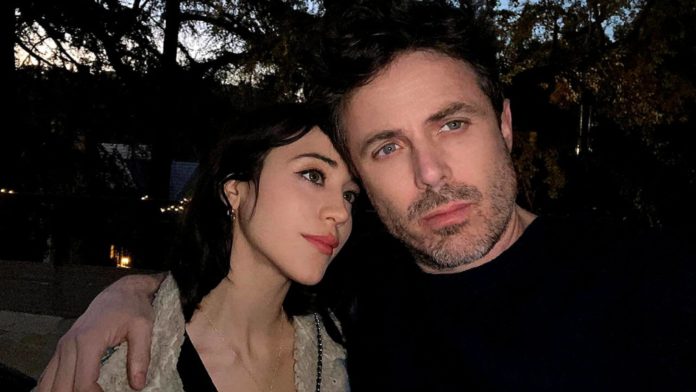 As per the report of LSPD, the time was around 3 a.m. The source explained that when the actor’s girlfriend realized that there was something wrong with what she was seeing, Cowan let out a scream, which openly spooked the burglar who then darted away. After clearly the coast, the Hollywood actress who has seen opposite Nicolas Cage in ‘Willy’s Wonderland, dialed 911 to report the incident as well as provide a description of what the a looked like.

Props to Caylee for being able to look like the criminal face to describe him or might be the man was just that close to her, which is all the terrifying. Fortunately, the police were able to arrive at the right time in the neighborhood quickly enough to find and apprehend the intrude who was still running down the street.

From there, it was found that the man had stolen some personal belongings of Caylee Cowan. Possibly before entering her room. Luckily, the police were able to arrest the perp and booked them for burglary.

Though it was a strange thing that there was no sign of forced entry. So it was still not clear how the individual gained access to the room of the Hollywood actress Caylee Cowan. Luckily Casey Affleck’s 24 years girlfriend is fine. Certainly, Casey will surely be able to revamp the security of their home to avoid this type of fear from his beloved girlfriend in the future.

46 years old American star Casley confirmed that he is in a relationship with Caylee through his Instagram account in late 2021 with some images. The images were captured in November of the previous year, in the images the pair was showing some major PDA. Actress Caylee is 22 years younger than his boyfriend Casey. Caylee commented on the IG post which showed that they were donating blood, saying: ‘I love you ‘

So the pair must have been seeing each other sometimes before they announced officially their relationship in November of 2021 if the couple were already at the point of exchanging their Love words. Already, the couple has started to spark engagement rumors!

When Did The Couple Begin To Date Each Other?

Casey and Caylee began to date each other after splitting from another actress, Floriana Lima. The American star is married, he got married to Summer Phoenix who is the sister of his pal Joaquin Phoenix for over a decade. After spending some years, he filed for divorce, though the couple got separated in 2015, citing irreconcilable differences. Though it was an assumption that the difference had to do with the actor’s sexual harassment suits in 2010. Two female crew members claimed that Casey behaved inappropriately on the set of I’m Still Here.